So it would seem that my blog has done a 180 from what I originally intended for it. What was meant to be a travel blog when I was volunteering in Palestine appears to have evolved into all crafts, all the time. But the one actually has the roots in the other.

I was accepted to the internship in Palestine as an arts and crafts teacher - a fact I found equal parts hilarious and terrifying because I was sure I didn't have a creative bone in my body. But I really wanted to go to the West Bank, so I was all in. I signed up for a Pinterest account and started pinning kids' arts and crafts ideas. I stayed up late prepping craft projects so they'd be easy to tackle for a group of rowdy nine-year-olds. And along the way, I became enthralled with art journals on Pinterest and started craving a creative space of my own. As my travels came to a close, I wrote a 23 at 23 list (I had also started reading blogs while abroad) and one of the items was "start an art journal."

Since then, I've scratched that creative itch through minibooks and some careful, controlled art journaling. But now I'm ready to dive in head-first. The daily cards gave me a big boost. And I think I've been successful at them (so far) because of the structure of creating every day and the accountability of sharing online. So when I came across the Get Messy group, I was excited about the prompts and about the gentle push to make at least a couple pages every week.

So without further ado... here are my spreads for the first week of the Season of Love!
Spoiler alert, a blank spread in a notebook - and the goal of expressing something a bit more personal - is a lot more intimidating than a plastic playing card. But if there's one thing I've learned from the cards, it's that the antidote to "out of ideas" is to sit down and start moving your hands and picking up paper. This spread started with the washi tape heart and then one thing lead to another until I had a full spread. The tools in my creative toolbox are still somewhat limited, but since taking Kal's script school I have loved brush script, so I gravitated back to that. I think there's something to be said for applying old, comfortable techniques as you're getting used to new, unfamiliar formats. 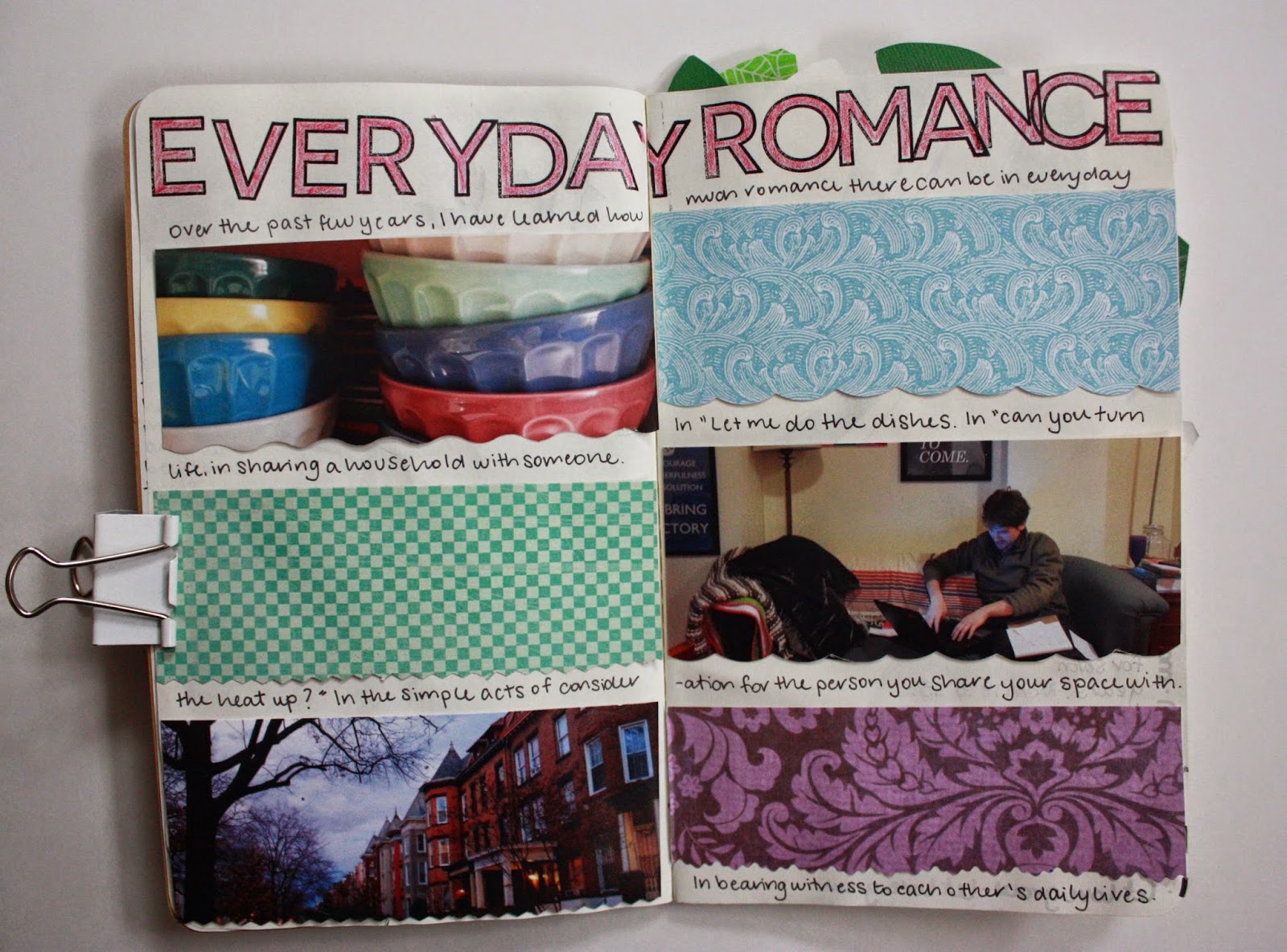 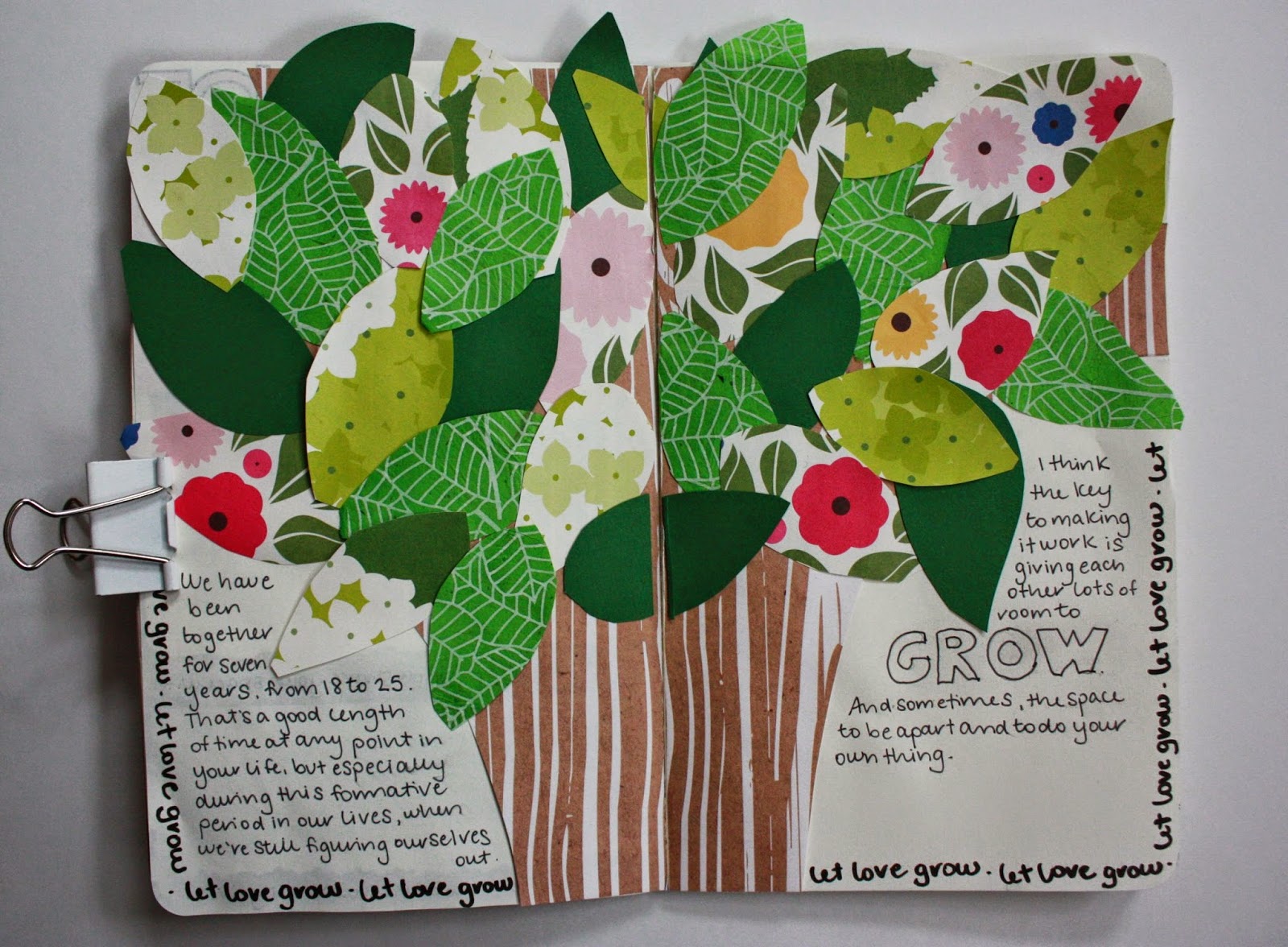 I am usually all about the bright colors, and the next two pages are more reflective of that. After the first page broke the ice, these felt fun and easy. I realized as I was making it that the paper tree is not unlike an art project I taught to the kids in Palestine - and I love that it secretly harkens back to where this all began.
Posted by AnnaMice at 7:00 AM