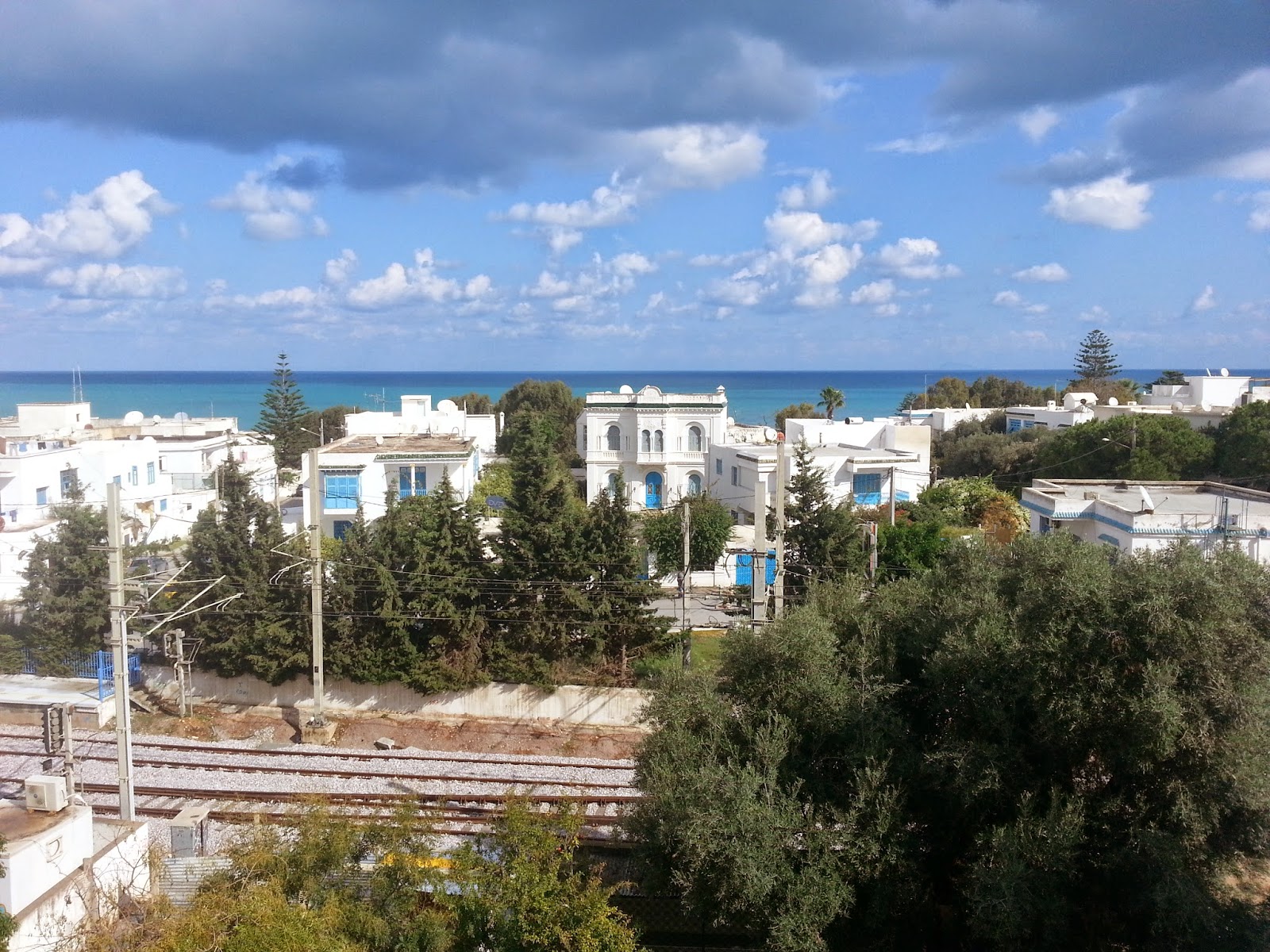 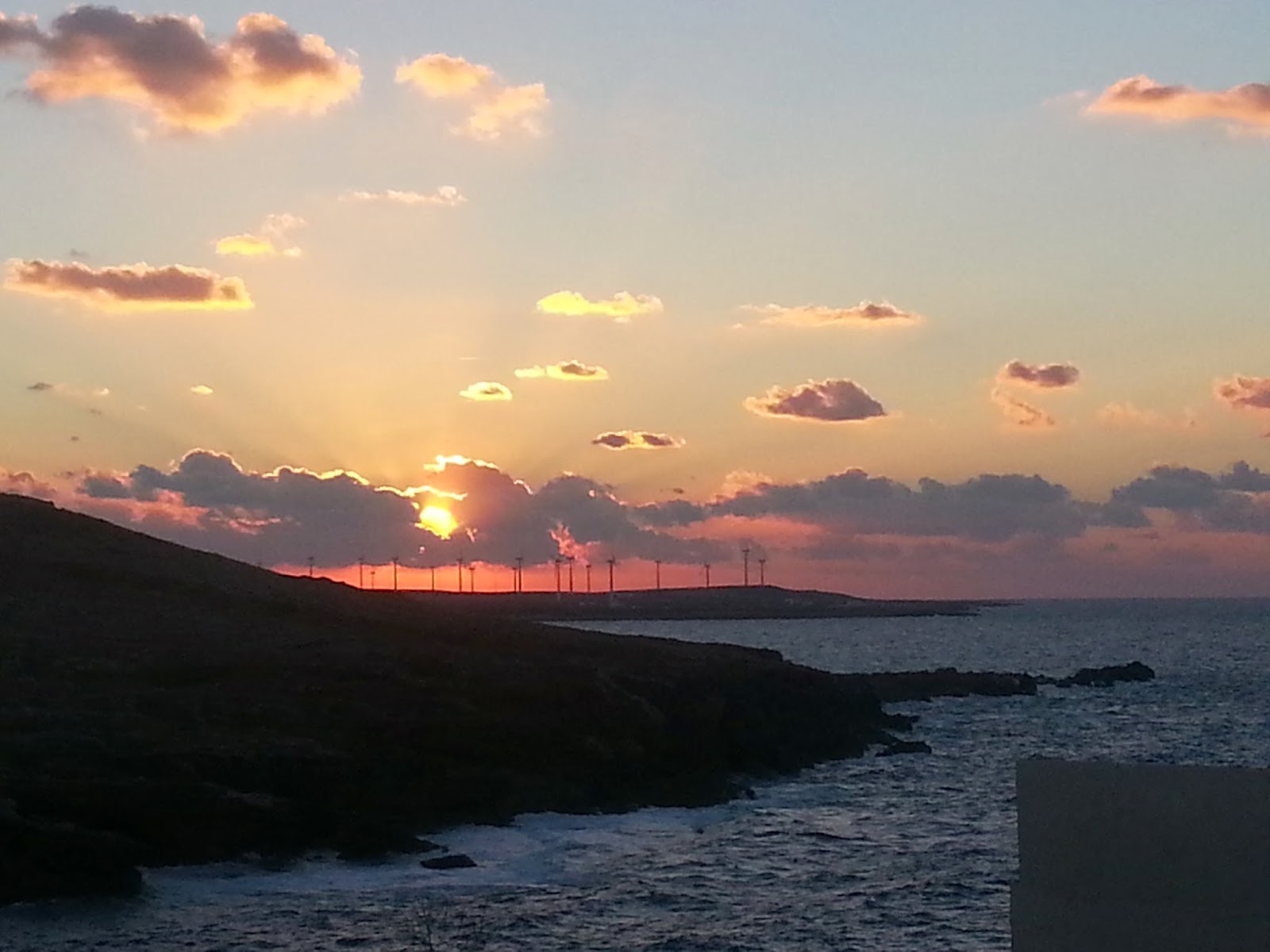 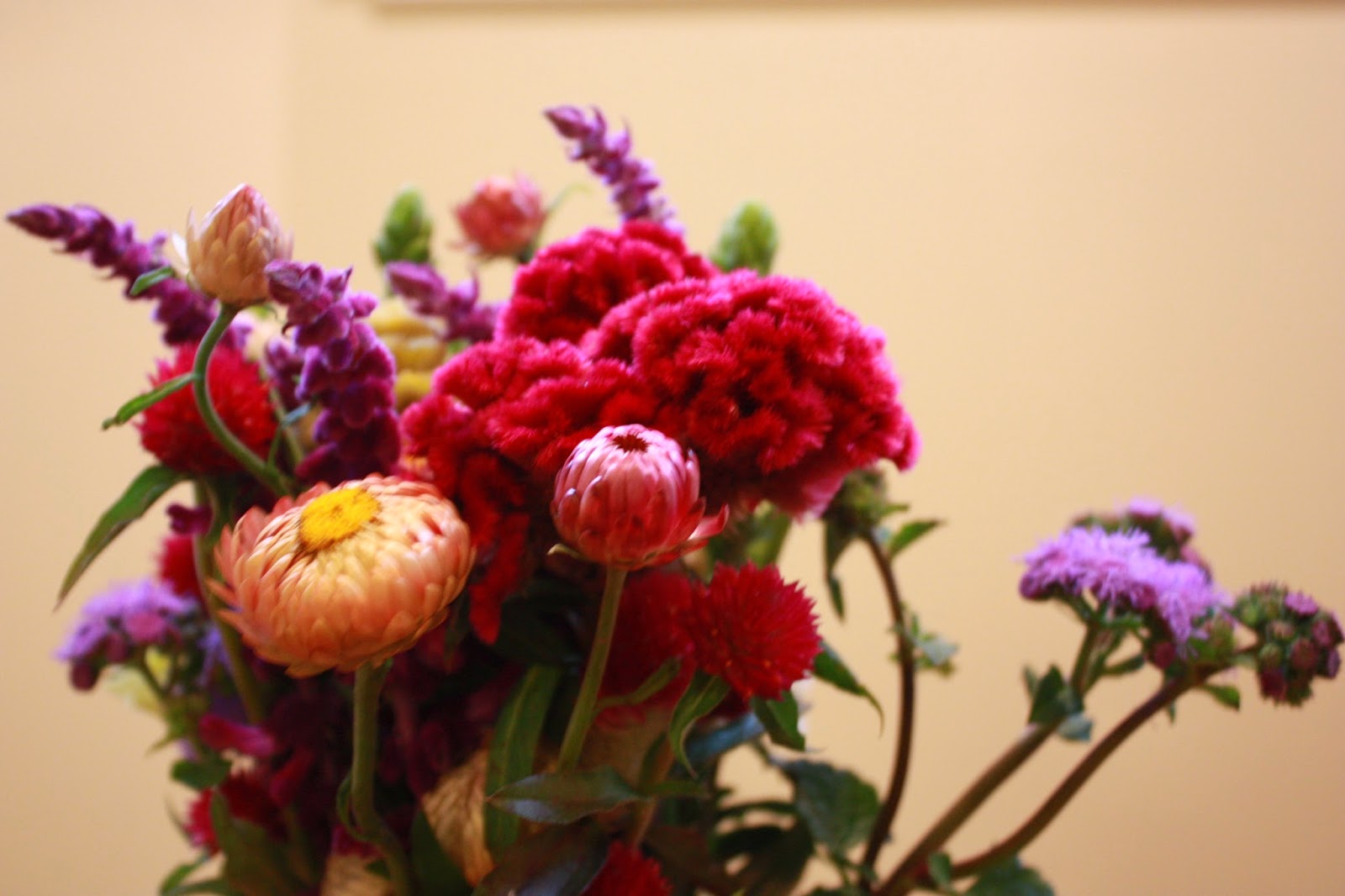 (Drafted last week in the midst of my pre-Tunisia preparations.
Posting now before this is all old news.)
Posted by AnnaMice at 8:00 AM No comments: 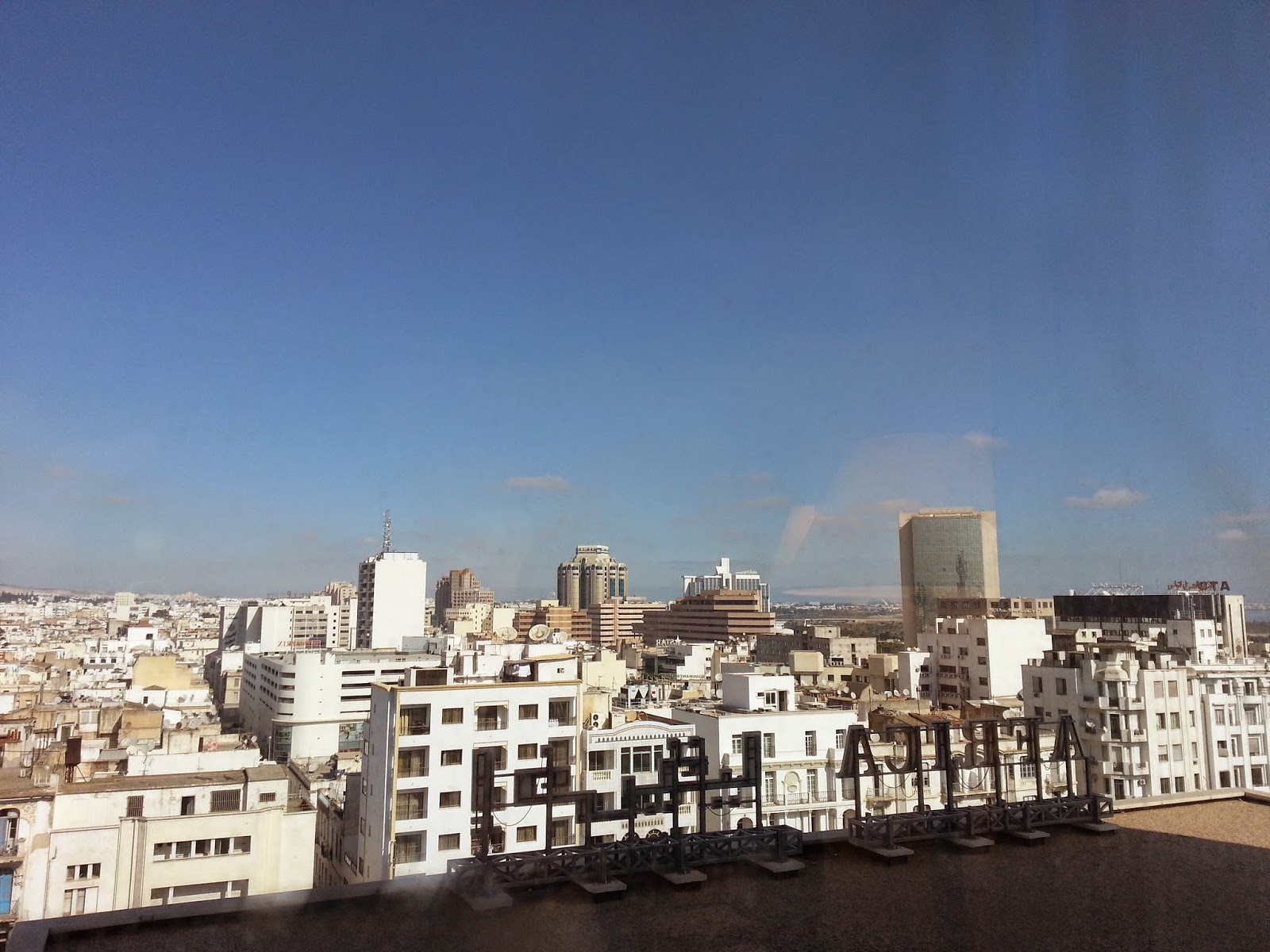 …with a photo out the hotel window, as all trips must. Glad to be back in Tunis!
Posted by AnnaMice at 8:00 AM No comments:

I love words. If I ever get a tattoo, I am SURE it will be word-based. I love pithy and, dare I say it, inspirational phrases that capture big ideas in a few short words. (And I love/hate the ones that make it to Pinterest). Lately I've developed a few mantras that keep coming up during my work day.

Do one thing. I don't have ADD (to my knowledge), but like everyone else, my attention span has suffered as Internet speeds have improved. I tend to load up a million tabs and click around between them when I'm waiting for a page on my ancient work computer to load, or to draft most of an email only to leave it in my drafts when I'm almooooost done. So I've been reminding myself to "do one thing" lately. Like to finish handling an email before I click out of it, because it takes more time to find it again and pick back up. Doing one thing at a time makes my mind feel calmer and (shocker) my work get done faster and less frantically. I also like this as a reminder, when I come in in the morning and start getting overwhelmed by my task list, that I don't have to tackle the whole thing right that minute. Just do one thing, and the second will follow after that.

This isn't fun. This is sort of an anti-mantra. Since reading this post, It has been popping into my head when I have started digging into a project and whining to myself about how it's harrrrd. Whenever I think this, it signals to me that it's time to buckle down because this is where the magic is happening – where stuff is getting done and where I'm growing as a professional. It signals to me that I should dive deep rather than looking for something easier to do (like responding to an email or gasp! discreetly flicking through Instagram). It means I'm in the zone. And once I'm in the zone, it might not be fun exactly, but it becomes satisfying – whether I'm stringing together a narrative or solving the puzzle of a budget.

Two years into my first real job, there is still so much I'm learning. But I am realizing that I am in control during my workday, of my attitude and my task list. I don't choose my tasks, but I can choose how I prioritize and tackle them. Sometimes it seems that that's the exclusive domain of people who work for themselves. But even at a cubicle YOU are in control, to a large extent, of what your day looks like.
Posted by AnnaMice at 8:00 AM No comments: 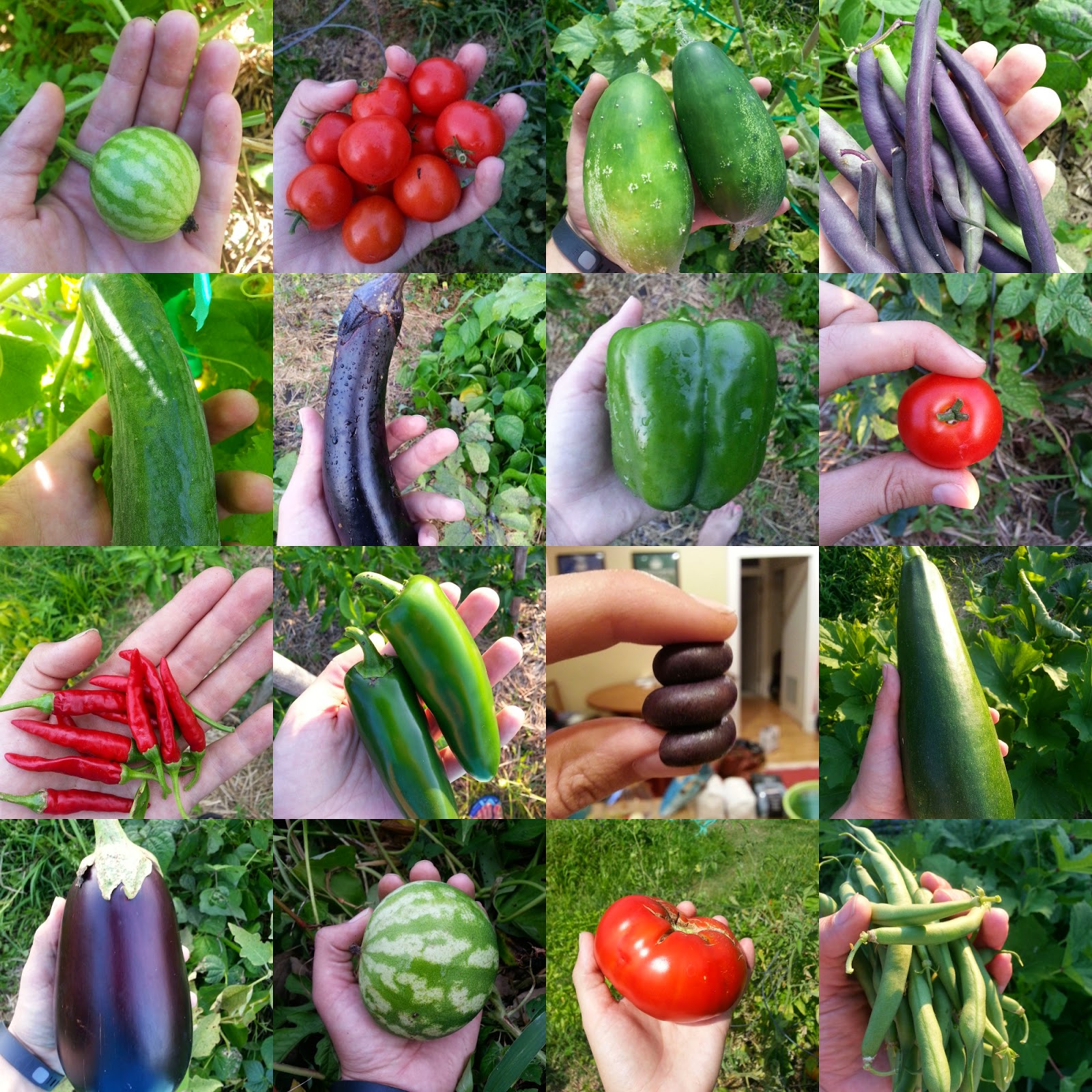 (If I ever write a memoir about my farming life, and if people still remember Arrested Development in that future, that will for sure be the title.)

I have been meaning all summer to do a series of garden updates. But since I just pulled everything up and cover-cropped for the winter, this is going to be one big recap instead.

Overall, this was a fantastic year in the garden. I'd like to think that it's because I have some experience under my belt, but I'm not so sure. Sophomore year or no, I don't think I did anything very different. Maybe the weather was better (I think this was part of it – it was pretty cool and wet last summer). Maybe my Home Depot-supplied seedlings this year were genetically modified for survival, compared to their organically raised forebears last summer. Maybe I just had more magic on my side.

So even though much of gardening is still a mystery to me, here are some of my big-picture thoughts and lessons from this summer in the garden.

Master the space issue. Last year I had a 12x12 plot. This year I had 24x12. It felt like an abundance of space, but when I hit Home Depot, my eyes were bigger than my plot and it filled it up pretty quick. It was enough to make me contemplate getting a full-size 24x24 plot next year so my plants are less squished – and so I could grow even more of what I eat, because how cool would that be?? But I also got lazy about garden maintenance by the time August rolled around. So maybe I'll stick with the 12x24 plot next year and just not cram as much in.

Start with a clean slate. My 12x24 plot came with a little strawberry patch. I opted to keep them in, both so I could eat strawberries and because it seemed like the community-minded thing to do for future summers of gardeners (strawberries are perennial). But a ton of weeds popped up in the strawberries, and they were perpendicular to my other rows, which made for a sort of weird configuration. There were also big weeds growing on two sides of the garden that kept creeping in to my plot. Things got messy and hard to weed and maintain. I think next year I'll try to at least make everything neat at the start.

Plants are resilient and nature is so cool. The garden stayed awesome even when I got lazy and basically quit weeding – I only went once or twice a week as the summer wound down. Every time I'm there, I pick some squash that I hadn't even noticed before. It feels like free food.

I'm not sure what I'll do next year. I love love LOVE community gardening, but it can be sort of impractical to Metro to water it every couple days. We have some outdoor space at the new apartment, so maybe I'll go rogue and stick to container gardening, or some raised beds if I can finagle it. It would be awesome to be able to just step outside and fuss over my plants. But we shall see.

(Look for a post later this week with a plant-by-plant breakdown of how things went! Because I could seriously talk about this stuff all day.)
Posted by AnnaMice at 8:00 AM No comments:

This apartment saw a burglary, a flood, a trip to the hospital and the urgent care (both Austin on two separate occasions), four jobs, two international trips, our 25th birthdays, thirteen weeks of CSA pictures, and many many Chrome-casted episodes of Netflix.

And now we are headed off (to a basement apartment two blocks away). It has been a good (and fast!) year. September is always going to feel like the start of the year for me. It's back-to-school. It's where I start from when I count how many years it's been since I graduated college. It's when I hit my work anniversary (has it been two years already?) And it's when our year-long leases end, meaning it's time for a fresh start, ready or not. Here's to a new school year - time to make it a good one.
Posted by AnnaMice at 8:00 AM No comments: