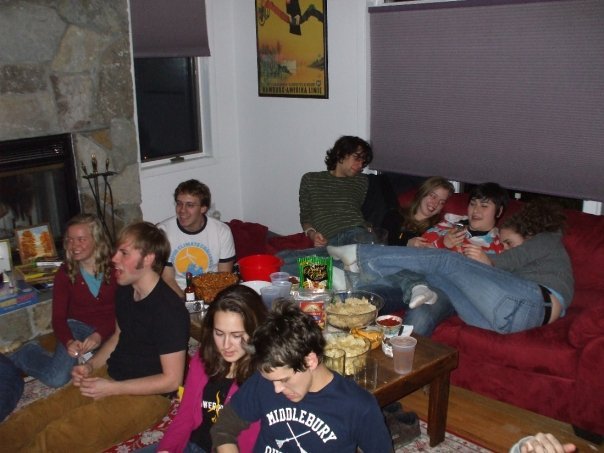 In  2008, I got to vote in my first election, amidst the excitement of hope and change and getting to elect our first black president (and the ugliness that arises when people other than white men run for office). I remember watching Clinton and Obama debate in a living room full of my college friends on Feb break. My boyfriend and I had just gotten together, I was surrounded by new friends, and the world felt fresh and promising. I seriously weighed the choice of candidates in the primaries, but ultimately got swept up in Obama fever. (A choice that I would occasionally doubt over the next eight years when the going got tough for Obama.) On election day, we got Thai food for lunch in our small Vermont college town and watched Obama crush McCain as the returns came in at the student center.

In 2010... I have no recollection. The midterm elections fell during the crazy fall semester of my senior year in college, when I had decided it would be a good idea to take two senior seminars in political science while preparing to write a senior thesis. But I am pretty sure I didn't vote because when a political consultant showed me my profile in the Democrat voter database at an NDI event a couple years later, it showed that I was an inconsistent voter, to my great embarrassment. I'm sure I excused it by the fact that I would be voting absentee in Maryland, a reliably blue state. 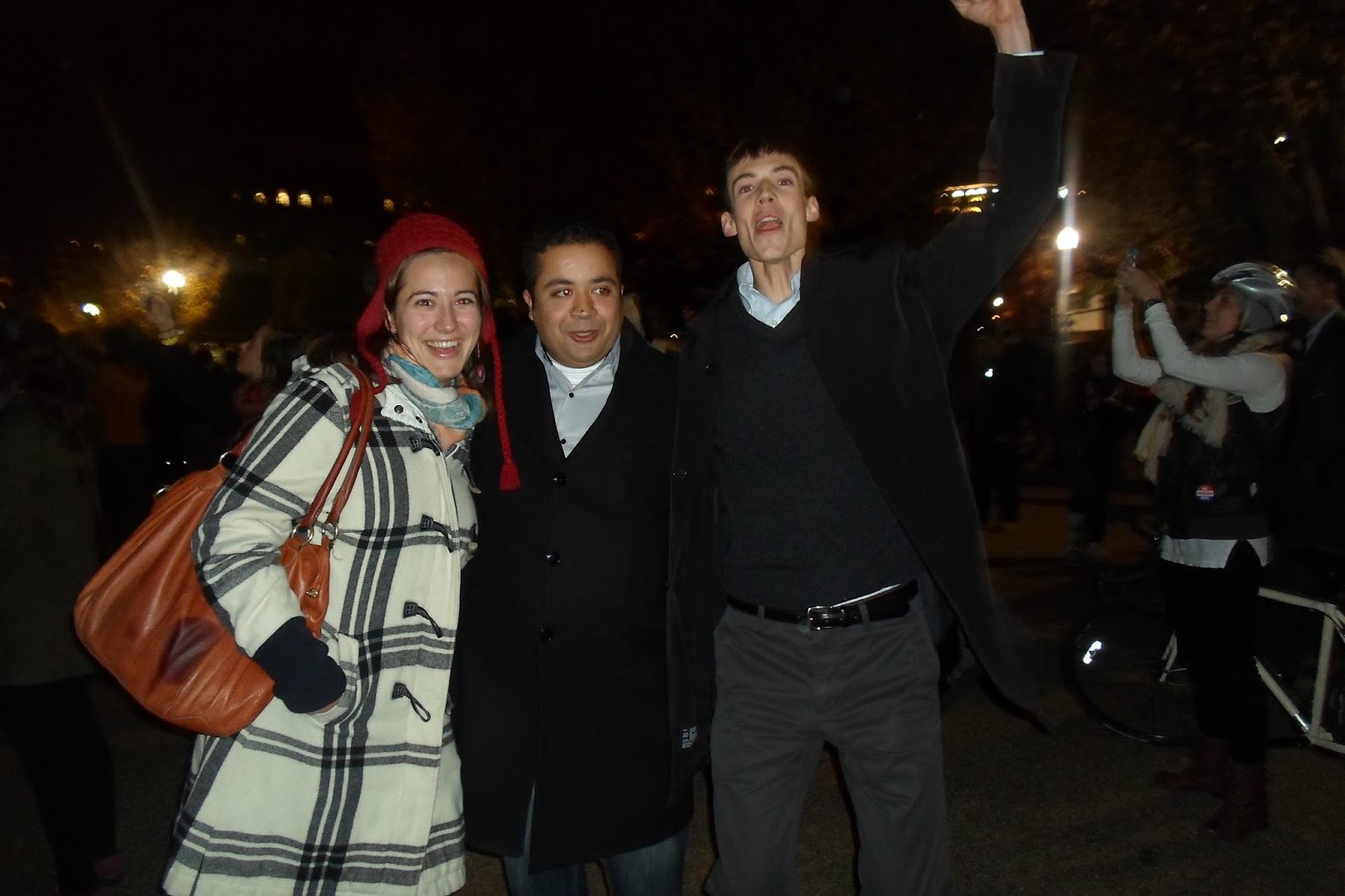 In  2012, I had just started interning at NDI - long enough to feel like I had a front row seat on some of the action as we held our big conference in tandem with the DNC, but not quite long enough to get the campaigning itch in time to really get involved. In the days leading up to the election, we hosted a group of young North African party activists for a study mission to learn about how the democratic process works in the US and to get a front-row seat for the campaign. We visited Democratic and Republican campaign headquarters and saw Tim Kaine speak at a campaign stop when he was "just" running for the Senate. On election night, we watched the returns come in from a hotel near our office, and when they called it for Obama, we paraded jubilantly down to the White House as the North Africans shouted Obama a gagne!

I had come to NDI interested in working in international development in the Middle East, and somewhat agnostic about NDI's particular focus on democracy and politics, but that week was a turning point for me - I got to see our work up close as democratic practitioners from across the world shared and debated about political processes. 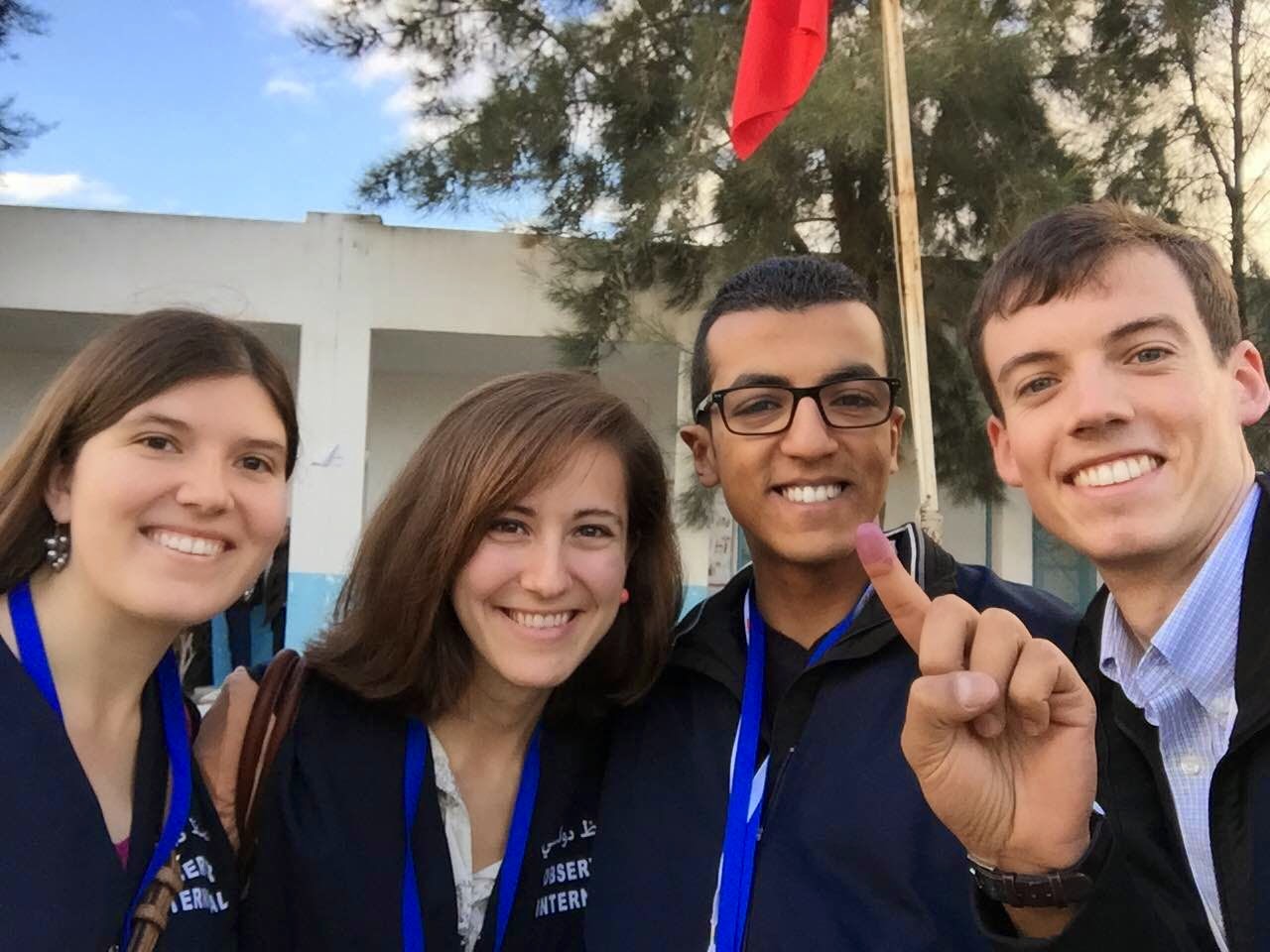 I was also on pins and needles the whole time because I had applied for a full-time opening on my team. The Friday after the election, I learned I got the job, went to my part-time SAT tutoring gig after work, picked up Chipotle for dinner, then greeted my boyfriend who had driven to DC from Ohio to move in with me and find a job - kicking off four years there together. I remember thinking, giddily, that Obama and I found out in the same week that we would both get to keep our jobs.


In  2014... I shamefully did not vote. Working for NDI brought me to Tunisia for most of the fall to work on programming for their legislative and presidential elections, and I messed up my application for a DC absentee ballot. So the great irony was that as I was working (indirectly) to encourage people to participate in elections in Tunisia, I had failed to participate in my own. I reassured myself that I would be voting absentee in DC, a reliably blue non-state. 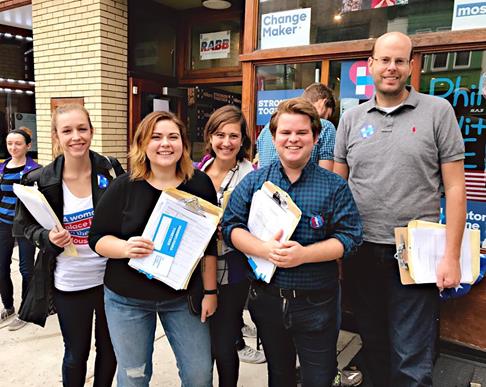 In  2016, I was again abroad for election day, this time working in Turkey for NDI. But this time I was prepared. I knew I'd be heading out of the country, so I was vigilant in ensuring that I got an absentee ballot - no way was I going to miss voting for our first woman president, even if in the flurry of packing for Turkey I neglected to get an absentee ballot selfie.

Before I left, I also did a couple days of door-knocking in Philly with the DC for Hillary team, and a couple evenings of phone-banking to contact other volunteers. Once in Turkey, I used the campaign's online call tool to help get out the vote in Pennsylvania, Ohio, and Arizona when people in those states were awake. All together, I made 200 calls. In the scheme of things it wasn't much, but it did ease my election anxiety.

I really wish I had gotten involved during the Obama campaigns, but I am proud that did what I could and glad that I've broken the ice. I also learned a lot in my brief canvassing experience. How to make the hard sell and not offer people an easy way out. How to not take rejection personally. And how to talk on the phone even though you hate it. 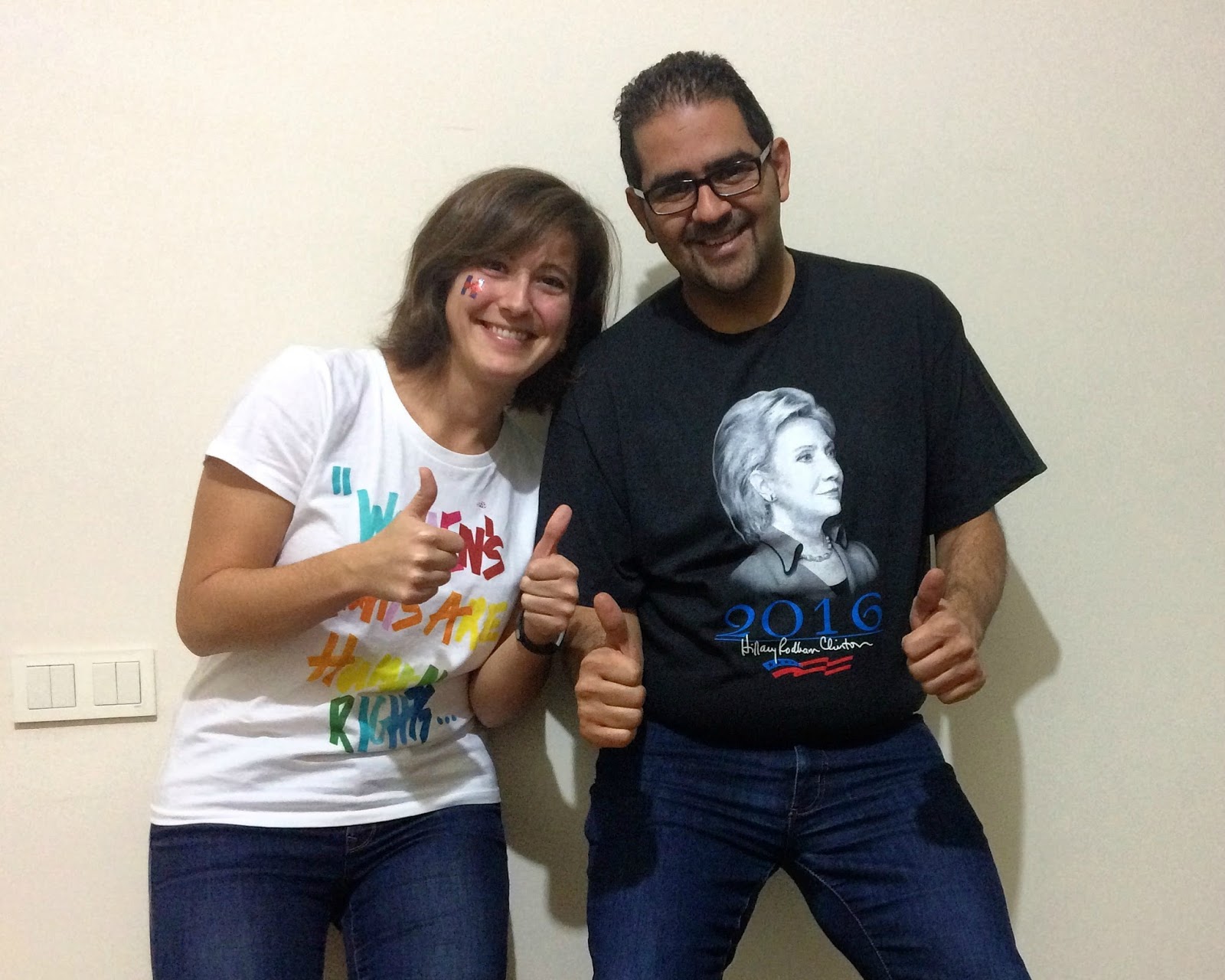 With the time difference, on election day I made a bunch of GOTV calls between finishing my NDI work, slept for a couple of hours, then woke up at 6:30 am to CNN and a text from my boyfriend saying "this is not going our way." At first it seemed like a solvable problem - some swing states had gone for Trump, but surely the pendulum would swing back and others would go for her - but by the time I left for work a couple of hours later, a Trump victory was all but assured. I went through the day stunned, refreshing Facebook for reactions from friends and #pantsuitnation and receiving condolences from friends and colleagues from across the world and thinking about all the ways this will affect my life.

I have so many thoughts about the outcome of the election that I will not weigh down this post with. But yesterday, I listened to the Keepin' it 1600 podcast - run by dudes from the Obama administration who have been confident in a Hillary victory - as they apologized for being smug and wrong. Throughout the campaign season, they have poked fun at "bed-wetters" wringing their hands about the outcome - and they reiterated that they did so not to allow people to be complacent, but to encourage them to channel those feelings into action. That politics are not a spectator sport.

People often roll their eyes or shut down the conversation when it comes to politics, but if anything is clear these days, it's that politics are deeply personal, and that they matter. I, like I know a lot of people are, am resolving to be much more active in them in the years ahead.
Posted by AnnaMice at 7:00 AM