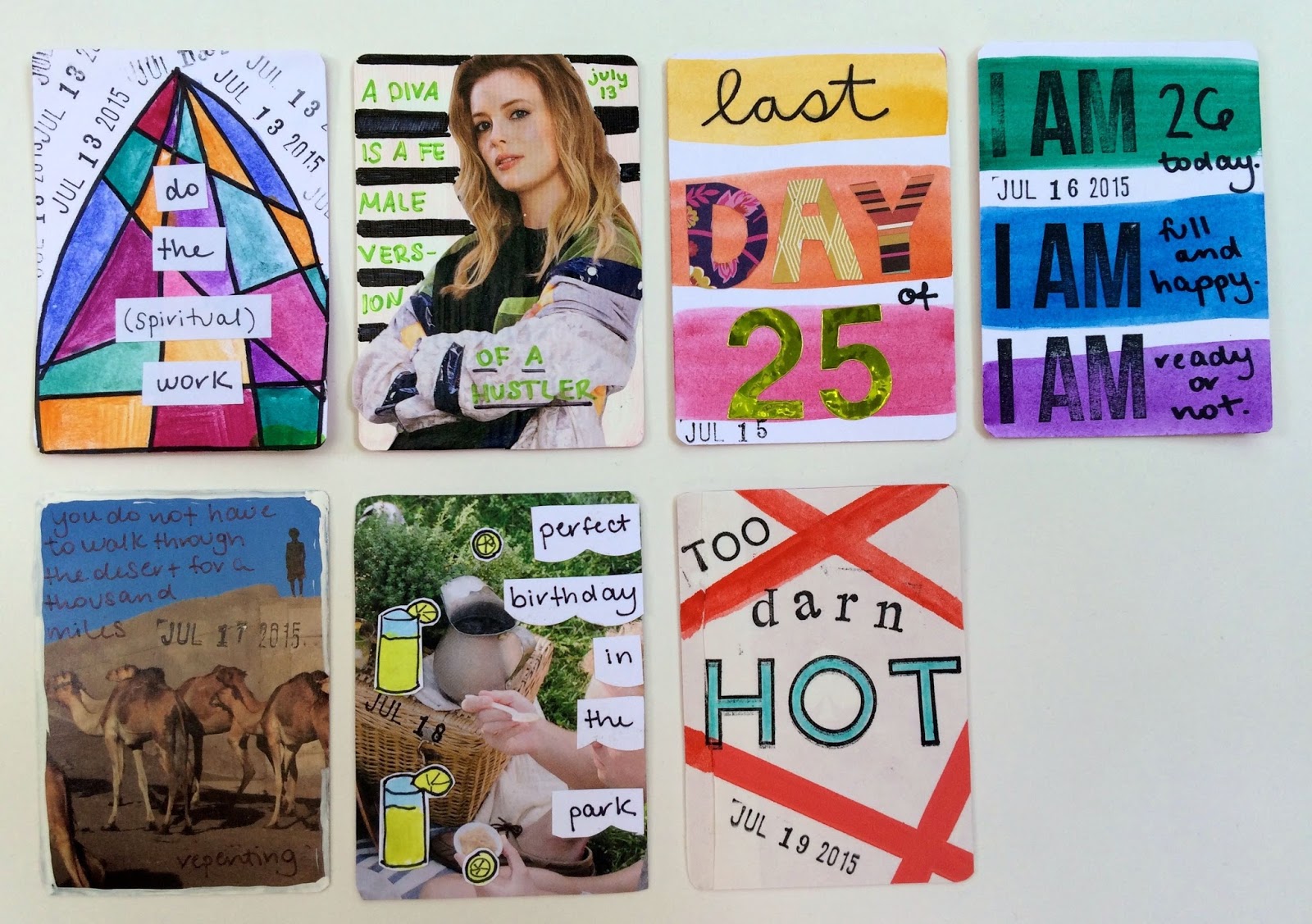 I've been wondering lately: How effective is the daily card as a creative habit? More often than not, it's squeezed in at the end of a long day, and sometimes I feel like I'm phoning it in. Over halfway through the year, I've had a harder time thinking of totally new! creative! ideas! and find myself recycling some techniques.

But keeping at it with the ho-hum stuff means that the habit (really, the obligation) is there, which gives me the chance to come up with more interesting stuff - stuff I never would have created if it weren't for the standing appointment to put something down on a card. (And really, I end up liking pretty much everything I make.) So many creative people have said that inspiration strikes, not like a lightning bolt out of nowhere, but through the everyday process of doing the work. And so the habit keeps your creative muscles warm even when it feels like you're just checking the box. At least I hope that's the case.

On the subject of doing the work, the quote in the first card comes from Bono in the thought-provoking documentary 20 Feet from Stardom. I think my unexpected favorite, though, is the "a diva is a female version of a hustler" card. That song was stuck in my head after Bar Method, and we had watched Community that night, hence Gillian Jacobs is there representing the diva. It's not deep at all, but I like that it captures a bit of life in 2015. And of course, this week was also when I celebrated my 26th birthday.