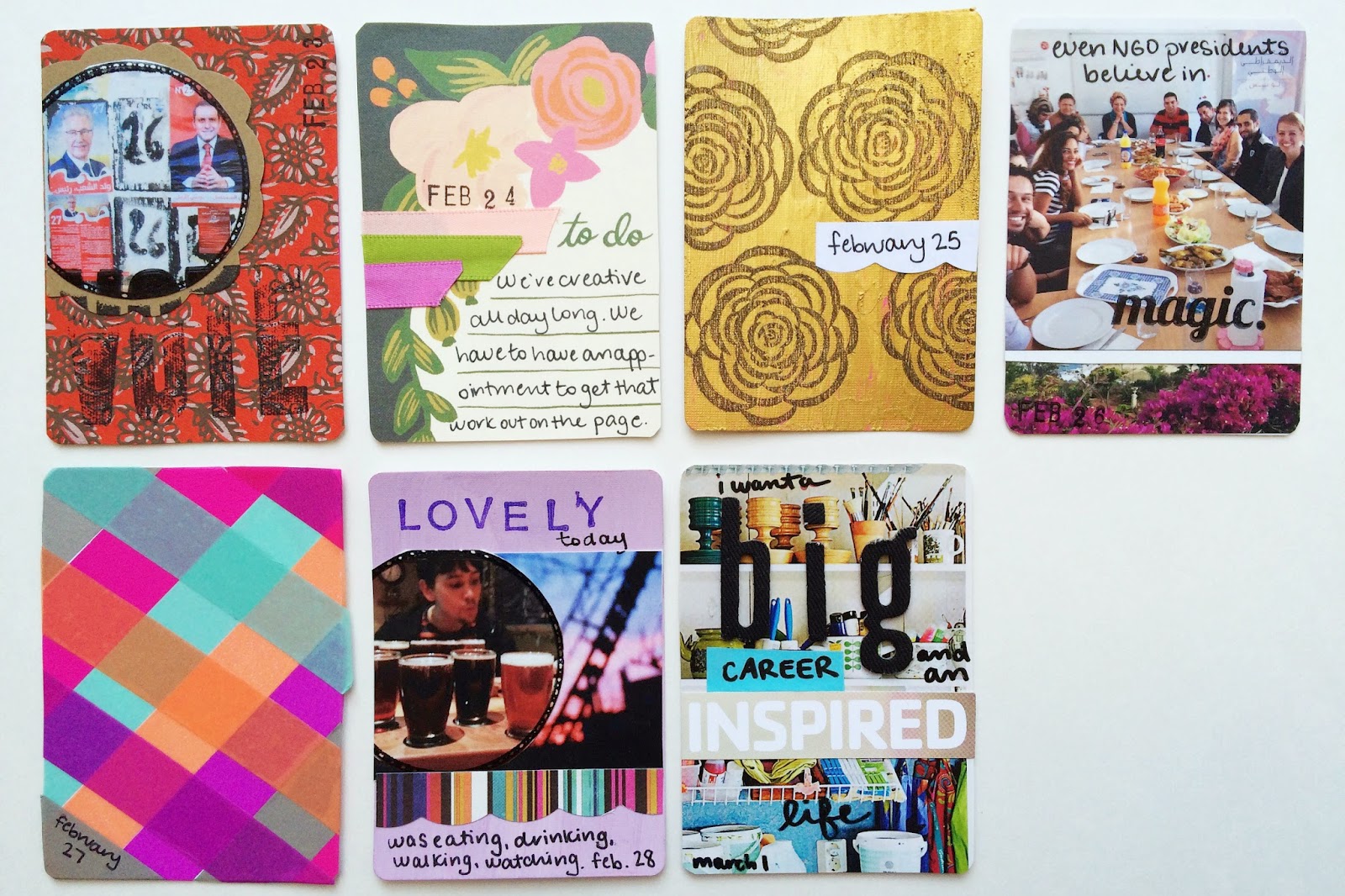 When I started this project, I only bought one deck of playing cards. Buying a year's worth seemed like a sure-fire way to jinx the project and end it before its 365-day run. So I was pretty excited when it was time to put a second deck in my Amazon cart, and I cracked it open for this week's cards.

February 24 is a great quote from Mary Oliver I found via Austin Kleon. Like the Steinbeck quote from a few weeks ago, it's another one that perfectly sums up this project. I so often have little tidbits of ideas during the day that would be forgotten if I didn't have a standing appointment to make something every evening.

The VOTE card is another fun one recalling this fall's elections in Tunisia. Mostly inspired by the fact that I have a new VOTE stamp that I didn't want to wait until 2016 to use.
Posted by AnnaMice at 7:00 AM