Fall in (love with) Cleveland 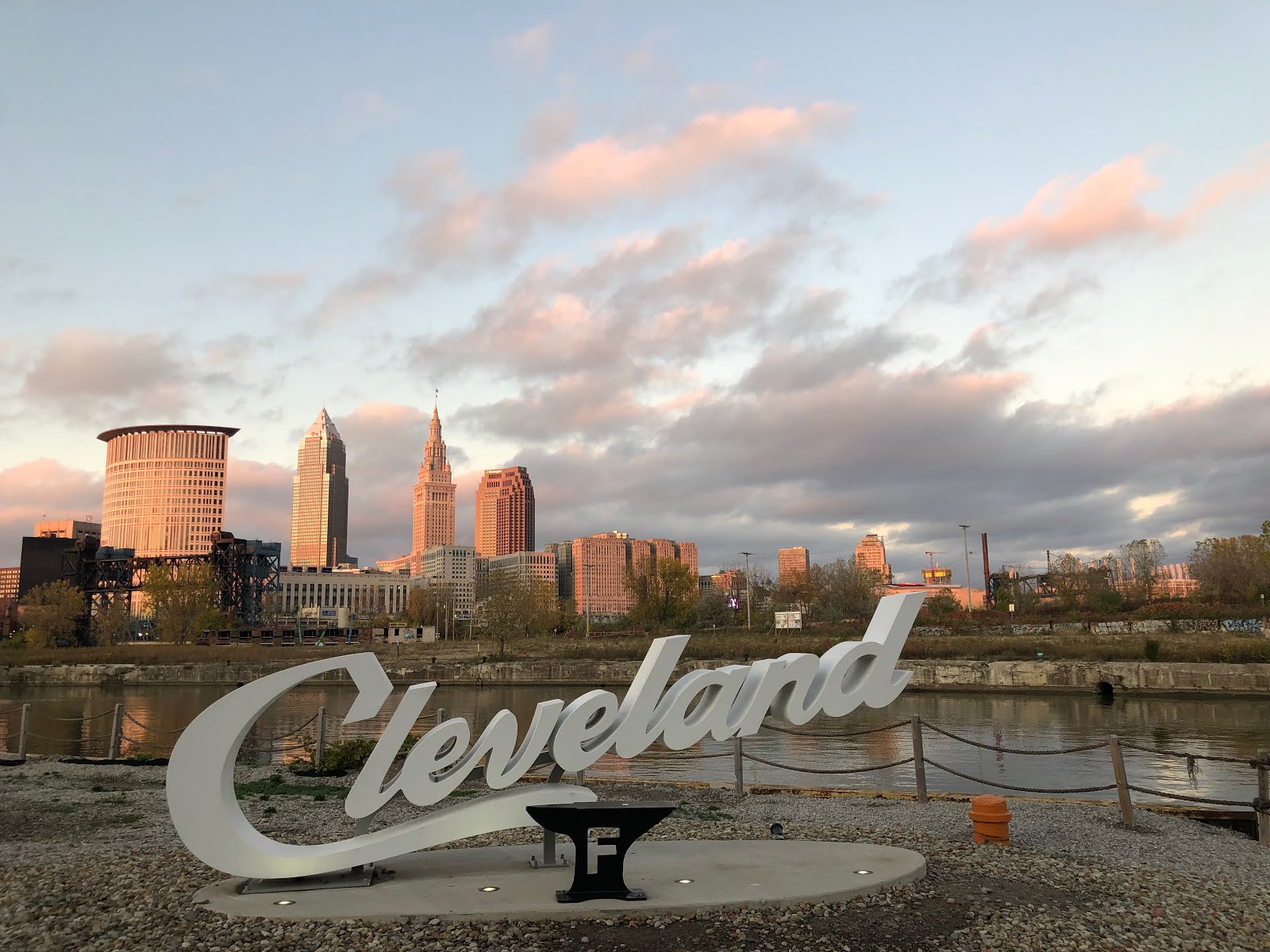 For as long as I have dated Austin, I have known that if we stayed together, there may be a move to Cleveland in my future. I fought and fretted about that possibility for a long time. How would I continue to grow an internationally-focused career outside of Washington? How would I have a fulfilling social life away from my friends and family on the East Coast? (As silly as it is, I pictured all my East Coast friends hanging out without me, even though in reality they're spread across 3+ different cities.)

Midway through law school, Austin landed a job with a law firm in Cleveland, in fulfillment of his destiny. We decided that after we graduated, he would move to Cleveland and I would move... somewhere else, and then in a year or two I would circle back and join him in the Land. Long story short, some job opportunities fell through and, by the time our lease in Cambridge ended in August, I didn't have anything full-time lined up. So I initiated my back-up plan which was to... follow my boyfriend to Ohio and crash at the bachelor pad he had rented for himself.

We orchestrated what felt like the world's most complicated move (the movers came and packed everything up while we were on vacation in Italy so we came home to a mostly empty apartment, then we had a day to scrub it clean before Austin flew with three bags to Cleveland and I flew with one bag to Mexico City for a girls' trip, then I returned to Cleveland instead of to Boston). I remember waiting to board the plane during my layover in Houston and the man behind me (because Midwesterners are very friendly) asking if I lived in Cleveland. "Well," I said, "I'm about to."

At first, I was excited to explore a new place and determined to have a positive attitude. (Nothing worse than someone who makes a decision and then complains about it.) The apartment had tall ceilings and huge windows and (praise be) a dishwasher. Our neighborhood was super walkable - there was a grocery store right behind our building, yoga across the street, a library branch a short walk away, Cleveland's flagship brewery on our block, and bars and restaurants all around. With all the enthusiasm that comes with living in a new place, we made a point of doing fun stuff - musicals and museums and a Parks & Rec-themed happy hour.

I had a consulting gig and was working remotely. Some weeks it added up to a full-time job but most weeks it didn't, so I had lots of time to explore and to go for long runs and walks. And gradually, I started finding favorite places. I found new group fitness classes and spent way too much of my budget on them. I realized that I could easily see water everyday. I scootered to the beach and ran along Lake Erie. I found my way to the towpath along the Cuyahoga River and started to recognize the different boats passing through to the Great Lakes. I would walk along the path and listen to Unobscured (on the Salem Witch Trials) as the Cleveland skyline glowed during golden hour and lit up after dark.

And gradually, I made the mental switch from "looking for the best in this place" to "this is a place that could feel like home." I started to feel the pride, tinged with defensiveness, that seems to be all Clevelanders' birthright. I even bought, with my own money, a Cleveland shirt to accompany the one Austin's parents gave me as a welcome present.

All together, it was a quiet season. I enjoyed spending time with Austin's high school friends and law firm colleagues but didn't actively try to make new friends of my own. It wasn't lonely, exactly. After the nonstop stimulation of graduate school, it was nice to be a bit of a hermit and to spend my evenings catching up on TV and reading on the couch. And it was nice to spend time with Austin after feeling like ships in the night for much of the past three years. But I did spend a lot of time alone. Every time I left the house, I saw the Terminal Tower - lit up in the colors of the Cavs or Ohio State or something else that I would try to guess - and it came to feel like seeing a friend. (So much so that I felt a nostalgic pang when I saw it again on the Bachelor.)

In some ways the timing wasn't ideal. I would have liked to come to Cleveland when I knew I was there to stay, so there wasn't an asterisk to my excitement and so I could throw myself more fully into making it home. I didn't like the feeling of waiting for my next stage to start, of being in-between. But over the last few years, I've also gotten used to living for places in short stints and I really believe in embracing the current season as much as possible. And it also "left me wanting more," as they say. It gave me a taste of what life in Cleveland could be like and made me excited to go back.

As the fall went on, I got more serious about applying for other jobs. After Thanksgiving I started an interview process and right before Christmas, I accepted a position in Liberia. I got on a plane on January 21 and jumped into a different life. I now find myself living abroad and, while totally thrilled about it, feeling homesick for Cleveland which is not something I EVER thought would happen.

Where before I could see only the drawbacks of living in Cleveland, now I can see the possibilities - of buying a house, of investing meaningfully in a community, of figuring out ways to continue working internationally or to shift my focus. I'm grateful for a restorative fall and for a new attitude. I'm both enjoying the current adventure and looking forward to the next one.
Posted by AnnaMice at 3:30 PM