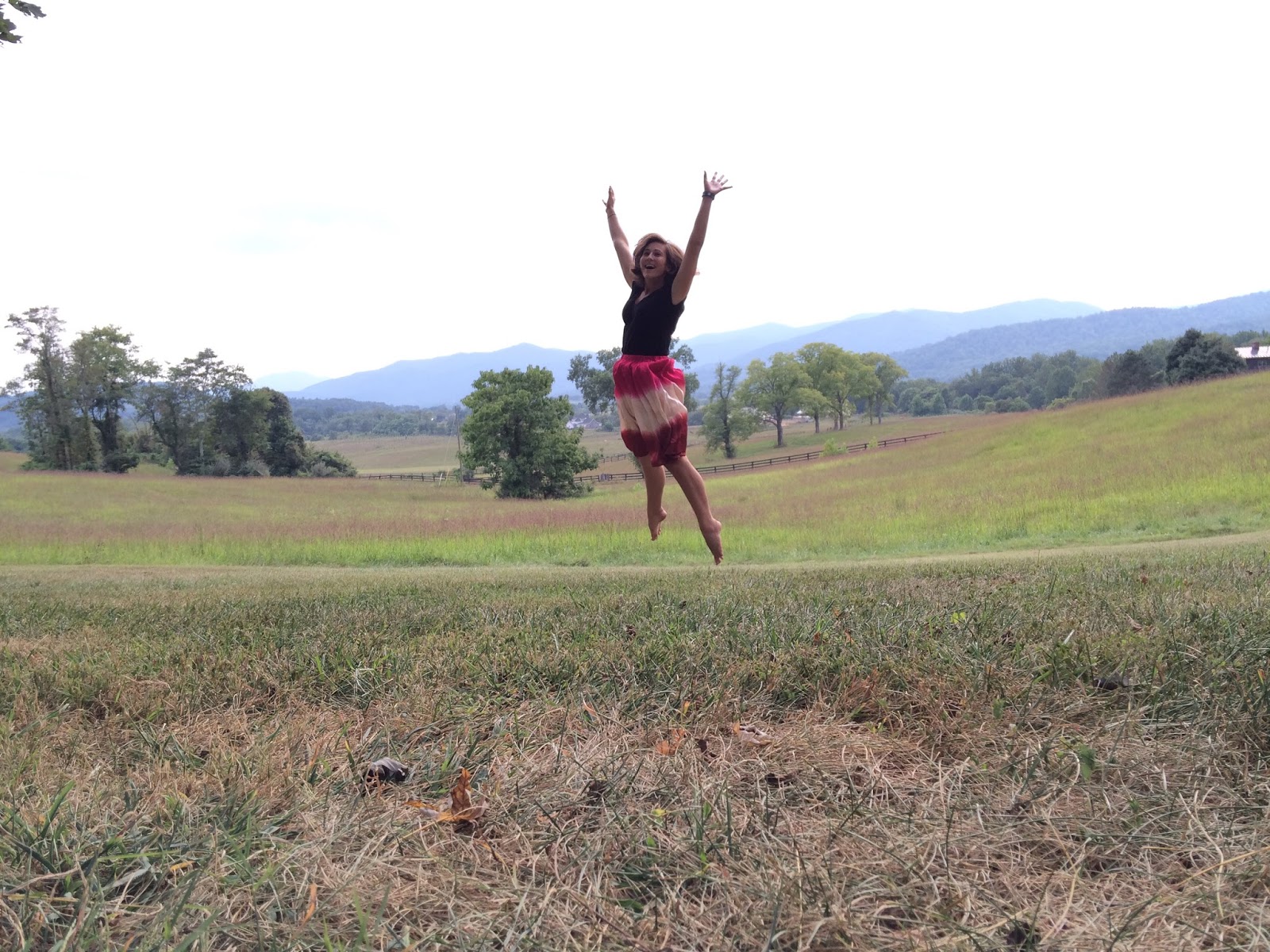 Sharing the best jumping/self-timer photo I have possibly ever taken. And I'm not ashamed to say so (even less than I was ashamed to set up this shot in front of other winery-goers in Virginia last weekend).

Exploring coastal California this week - we'll be in Napa when this goes live and then traveling down the coast, ending up in Newport Beach to see my sister.

Packing warmer layers and so excited to be missing a week of muggy heat in DC.

Feeling incredibly lucky to get to do so much traveling at this stage in my life - from big international trips to last-minute weekend jaunts to see friends and family. Between big adventures in the shoulder seasons (Central America in May and now California in September) and weekend trips to NYC, Michigan, Maryland's Eastern Shore, and Virginia, it's been a fantastic summer.

Adulting. Inspired by some combination of turning 26, getting kicked off my parents' health insurance, getting the Get to Work Book, and - let's be real - procrastinating on other stuff, I made a list in July of everything I need to do to be a better adult, and I've been slowly working through it. This has included getting a credit card, finding a primary care physician (and then a chiropractor and a dentist), starting contributions to my retirement savings, and renewing my driver's license (and soon my passport). It's been annoying at points, but the peace of mind - and the empowerment that comes from feeling like an adult - is well worth it.

Discovering that most of those adulting tasks were so much easier than I thought. I have procrastinated getting a credit card for years. Once I'd done some good-enough research online and picked out a card, I was approved within seconds. Because often the hardest part is getting started.

Trying to remember that in every area of my life.

Dealing with some gnarly lower back pain. Hence the chiropractor. Hope that this is not the beginning of my inevitable physical decline now that I'm closer to 30 than 20.

Harvesting tomatoes, green beans, eggplant, basil, and peppers from the community garden. Not doing so hot with the squash or cucumbers, but - since I got a late start with planting and since summer in DC lasts through September - there's still time to turn that around. But also...

Letting it go in the garden. This is the time of year when I give up, just a little bit, on getting every last weed. And I've been benignly neglecting it a bit this summer, usually just watering it twice a week. It's what's worked for me this year and I'm totally okay with that.

Choosing photos for my Week in the Life album. But with the way things are rolling these days, I will probably still be finishing up when Ali and her crew have moved onto December Daily. Once again, I'm totally okay with that.

Editing Austin's writing... and remembering how much I enjoy that creative process.

Hearing wild geese on the Eastern Shore, which always heralds the change of seasons, and...

Embracing it. Summer goes by even faster as an adult than it did as a kid - but, at least this year, the end of summer doesn't mean going back to school. So I am excited for apple picking and dinners outside on our patio and all the other good stuff that cooler weather will bring.

Screwing up my courage to figure out what's next.
Posted by AnnaMice at 7:00 AM