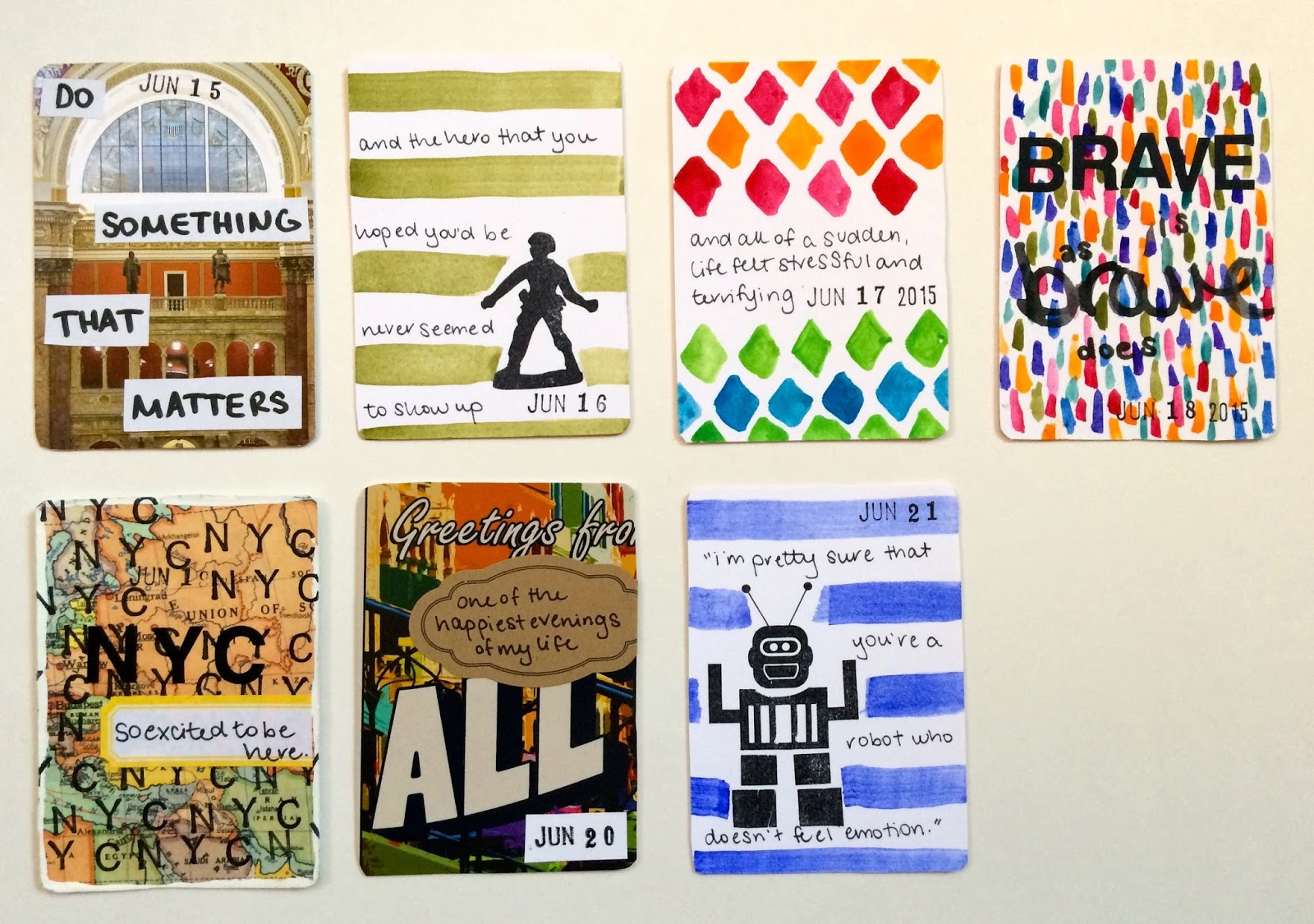 As the cards hint at - there were some big emotions this week! (The funny thing is, I actually would have mostly forgotten that if I hadn't made these. I love that this project means I get an accurate sample size, so to speak, of a year in my life - the big stuff and the daily grind and everything in between.) I met Justice Sonia Sotomayor, worked up the courage to start a nervewracking but productive conversation, and reunited in New York with friends I hadn't seen since college.

Nothing too groundbreaking here technique-wise. Just like summer makes me want easy dinners and light reads, it is making me want to make simple cards. Like I said last week, I'm rolling with it.

The toy soldier card a line from a Rilo Kiley song that I got stuck in my head last week. As a kid, I would imagine grown-up Anna and how cool and glamorous and successful she would be. And I remember realizing, at some point, that who I was then and who I was going to be when I grew up were not two separate people. I wouldn't get to fast-forward to the future and suddenly be my cool grown-up self who has magically figured it all out. Instead, there was a string of days that connected me to future me, each of which I would shape myself, one day at a time. This lyric sums that up like nothing I've ever come across.