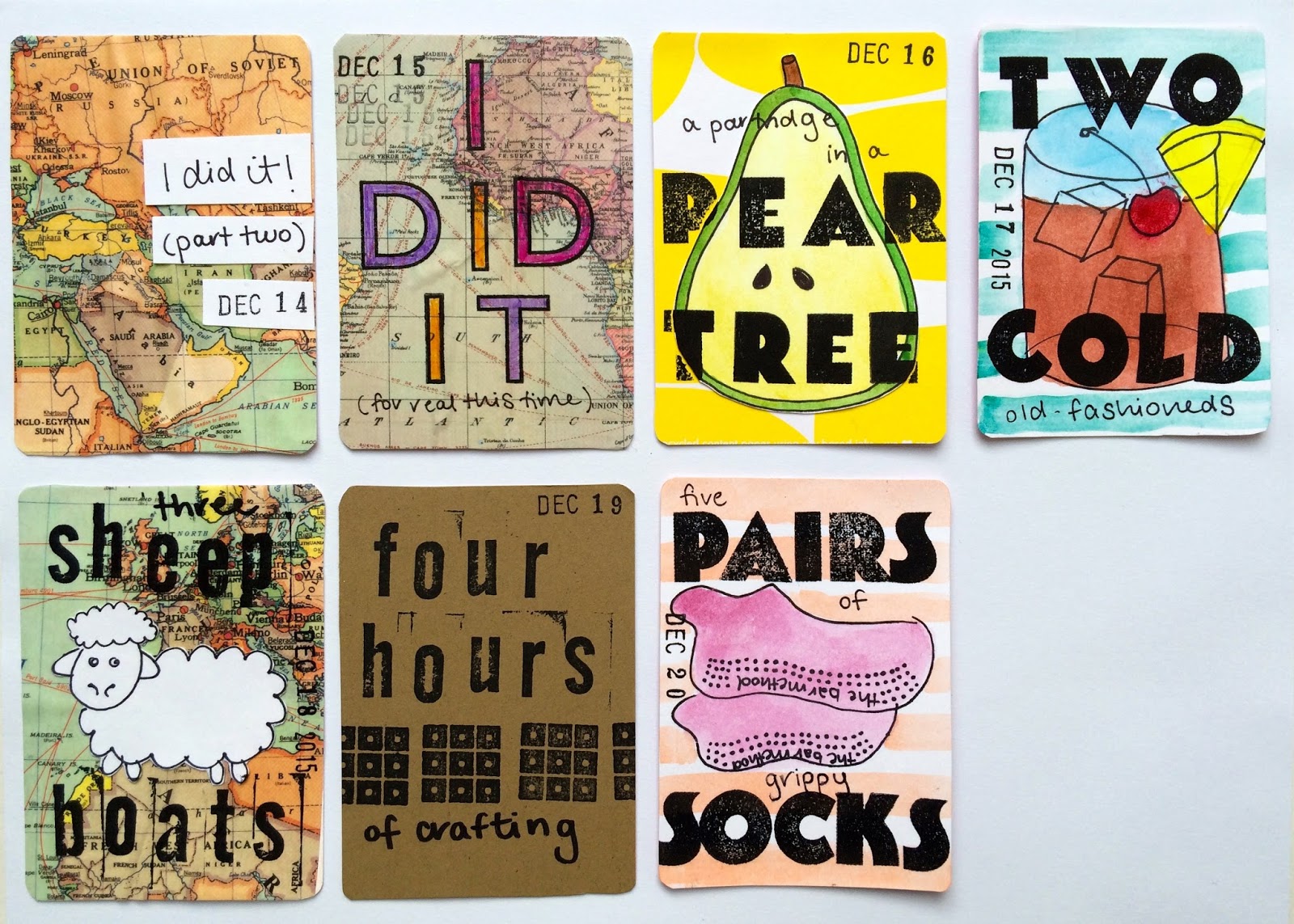 Inspired by Crystal Moody, who drew twelve days of Christmas at the end of 2014, I decided to end this project with twelve days of Christmas in December. I got a great start with a partridge in a pear tree... and then realized that four out of the twelve gifts are birds, birds are hard to draw, and that I particularly don't have the drawing skills to make a turtle dove look different from a calling bird. 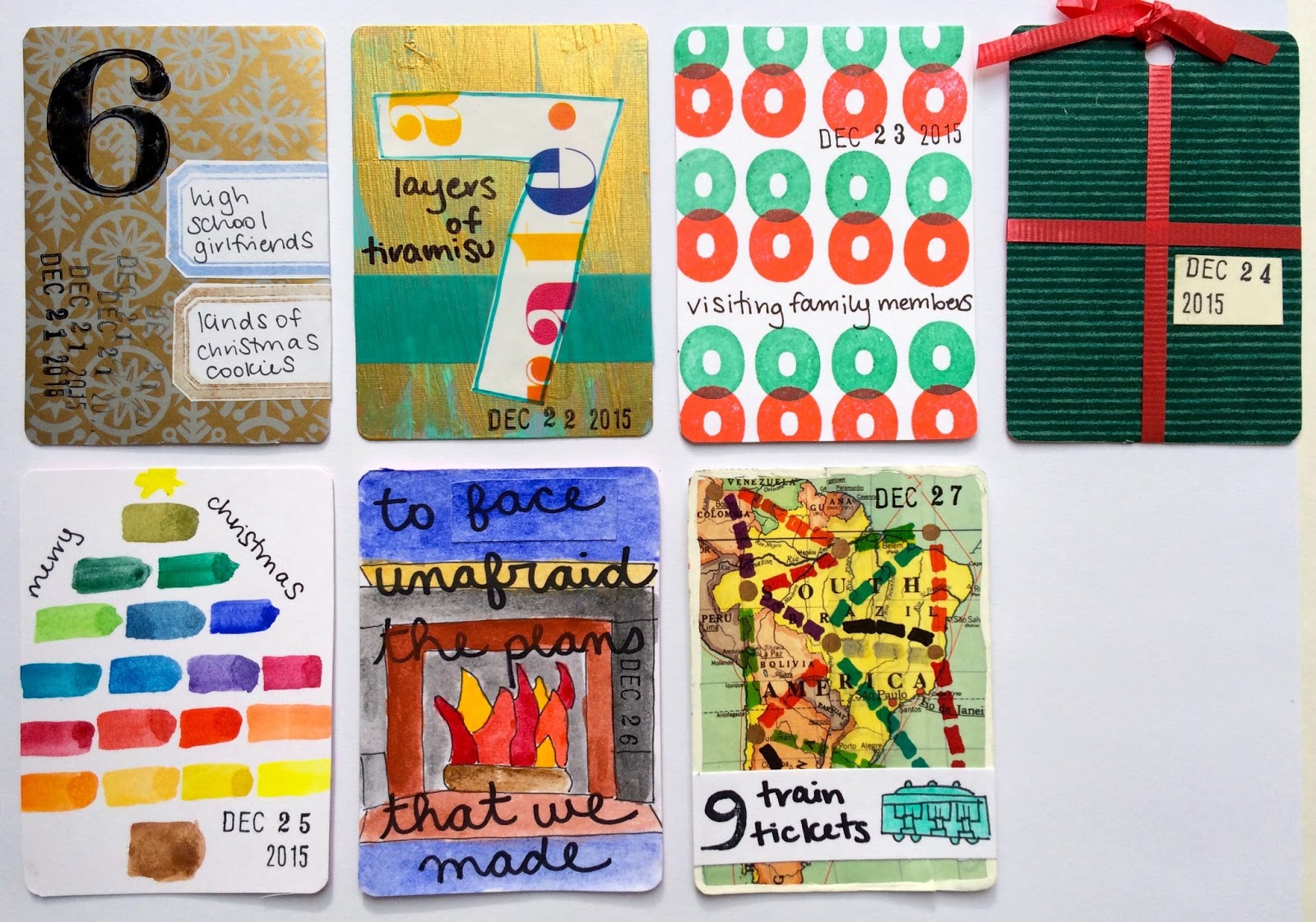 So that idea quickly got shelved and I decided instead to make my own twelve days of Christmas based on what was going on that day. I took a break for a few days around Christmas but then finished out the end of the year. My twelve days of Christmas look like: twelve months of creativity, eleven hours of writing, nine train tickets (from playing Ticket to Ride), eight family members, seven layers of tiramisu, six high school friends, five pairs of grippy socks, four hours of crafting, three sheep boats (from playing Settlers of Catan), two cold old-fashioneds, and a partridge in a pear tree.

Here are the full twelve days: 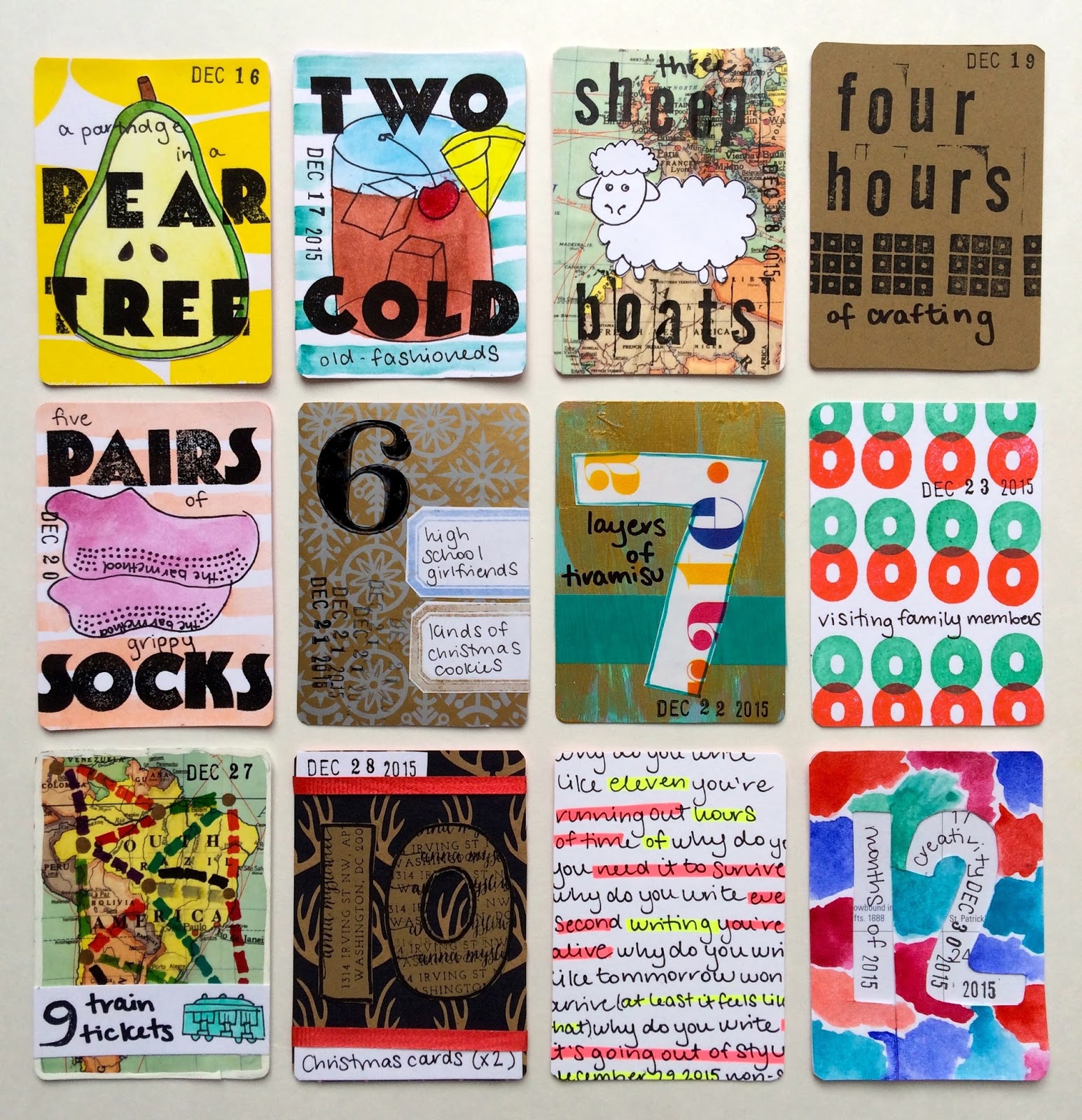 ...and that's it for my year of creative habits! I am so glad to have stuck with it to the end and to have finished strong. More thoughts on the project as a whole coming next week.