A year of miniature art 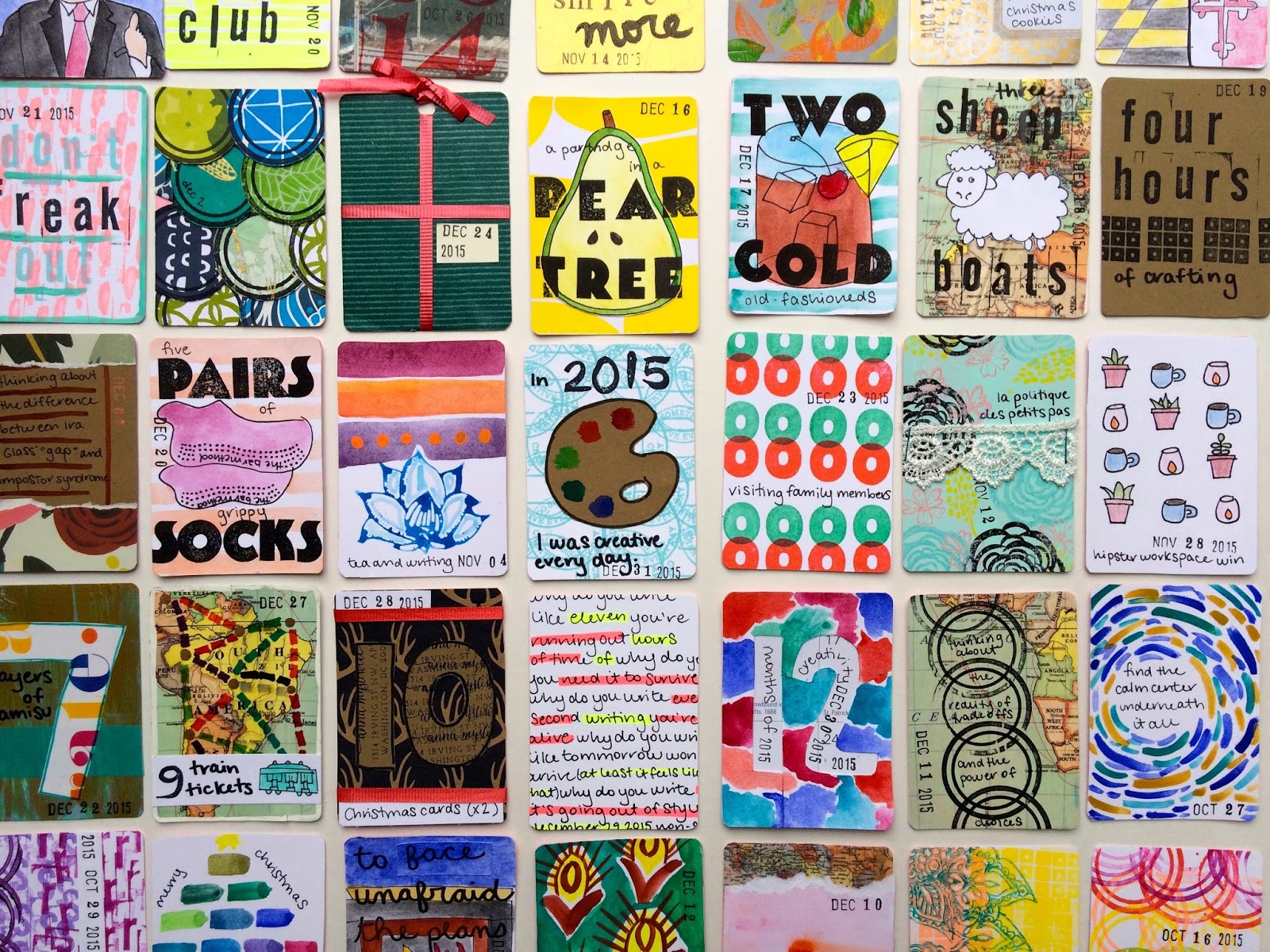 As you are well aware if you have spent any time here, I decorated a playing card every day in 2015. I started this project on something of a lark - but it ended up being one of the things that most shaped my year. Which says to me that, as with a lot of things, it's not so much the decision to start but the decision to keep going that matters. I kept it up through quiet winter nights, through adventures in Mauritania and Central America, and through the last busy months of the year.

Over the course of the year, I celebrated my favorite board games.

I enjoyed (more than) a few strong drinks. 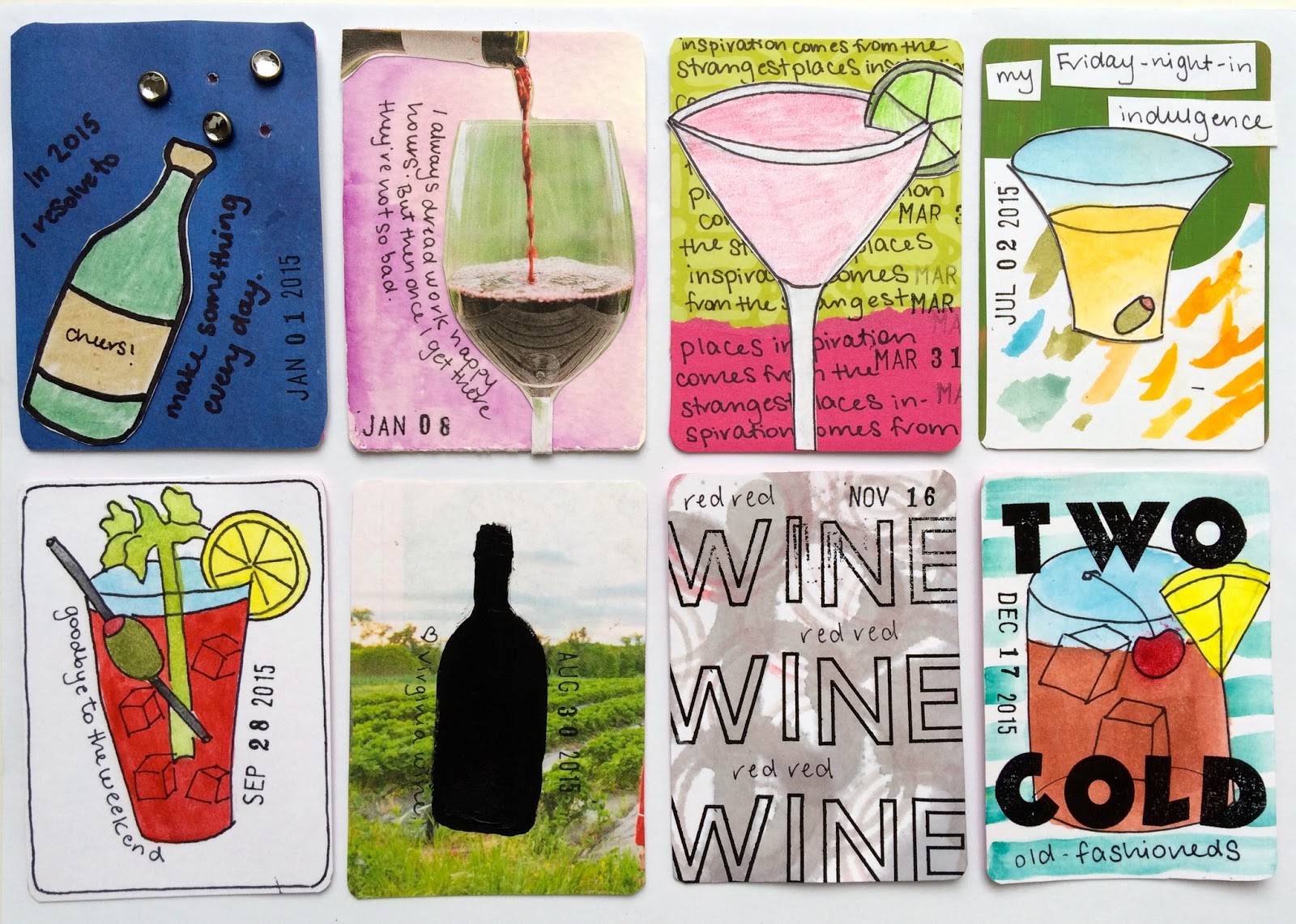 And some nights, I got lazy. (See above - there is a pretty robust correlation between "strong drinks" and "phoning it in" in the card department.)

But I also found my way to new mantras and ideas - ones that will stick with me long after this year of creative habits is over.

And while I am a writer at heart, some days didn't need words. 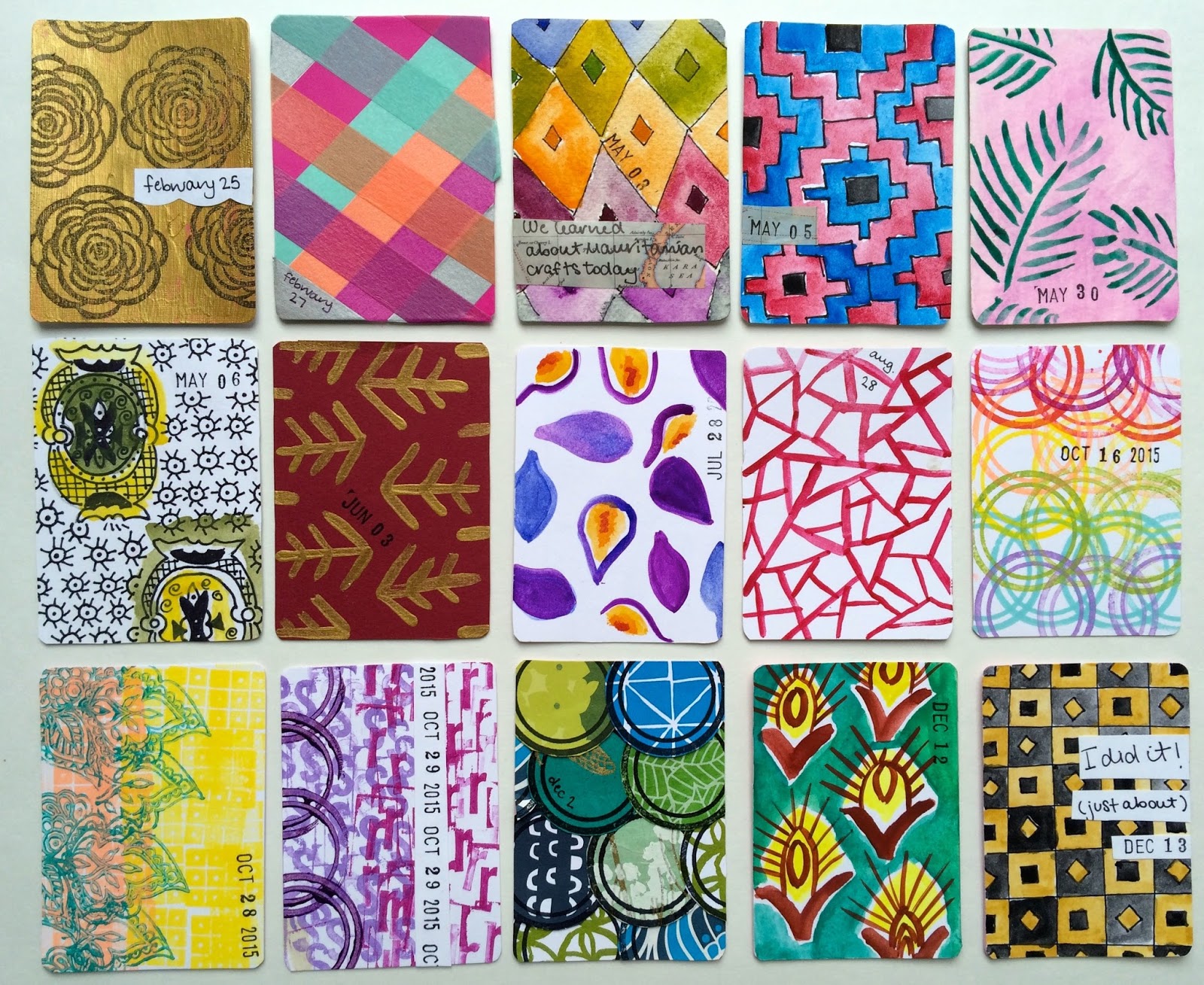 So what did I learn? I won't rehash too many thoughts on daily creativity (since I have shared plenty over the year) but wanted to share some overall reflections.

Basically, I am so glad I did this. While I didn't do much scrapbooking this year, I love that I have a full year captured through this unique documentation method. (On some cards, I wrote a bit on the back about whatever had inspired the front - I need to go back and do that for more of them before I forget.) I have only pulled out my binder a couple times since December 31, but it's already so cool to flip through and see a year of thoughts and feeeeeelings at a glance.

Most of all, this project has shown me the value of working at something every day or nearly every day- a lesson I am trying to apply to my other pursuits, like writing and running. It has proven to me Gretchen Rubin's axiom that things you do every day matter more than things you do once in a while. For all the goals I set for 2015, this daily habit felt the most significant.

Two weeks into the new year, I wish I could say that this project inculcated in me a creative urge so strong that I am still going nonstop. But truth be told, I haven't really done much creating so far in 2016. I could say that's because I've been busy, and that would be true. But I was also busy for much of 2015, with plenty of late nights, long task lists, and jam-packed travel days. That commitment to carving out the time and making it happen is key - and, as Gretchen Rubin also says, finish lines can be dangerous.

I have to say though, I have enjoyed being able to shut down my laptop and go to sleep in 2016 instead of first making a card. And I am excited to wrap this up to have more time for larger-scale art journaling projects.

But the plus side is, this project has made me into - or shown me that I already was - a creative person, if I can only give myself the time and space for it. I'm looking forward to exploring that creativity, giving it some room to breathe, and seeing where it takes me in 2016.

And that's it for the daily card project! Thanks so much for following along and, as always, you can see all past card posts here.
Posted by AnnaMice at 7:00 AM