In the thick of it 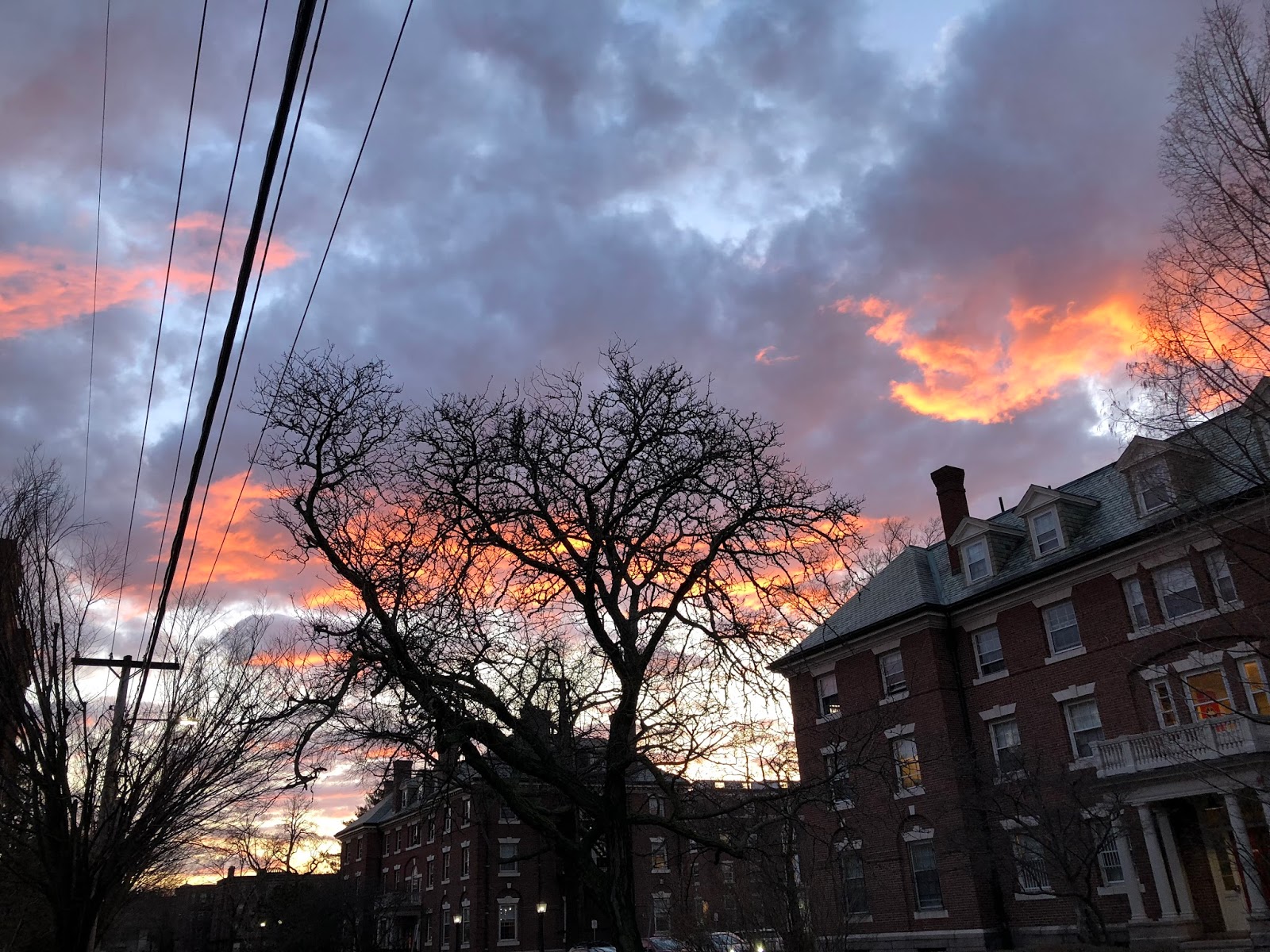 It's been a while since I've written. And in that while I quit my job, spent six weeks traveling in France and Morocco, moved to Cambridge, and started graduate school in public policy. That last endeavor has absorbed all my energy in a way that's sometimes thrilling (running into Ban Ki-moon in the hallways!) and sometimes just draining (so much homework!). And so I've been quiet on the Internet.

Right now, it's cold and dreary in New England. I'm in the home stretch of my courses and struggling to learn regressions and working on group projects. And on the top of my mind right now is the internship search - both getting them and then juggling the bird-in-the-hand, bird-in-the-bush problem when their hiring timelines don't sync up. Not that big a deal in the real world but a very big deal when you're elbows-deep in grad school and all the anxieties it provokes about what you're going to do with the rest of your life. And so I've been stressing.

During orientation in August, our orientation leaders had us write letters to our future selves. Tonight they bought us a bunch of tater tots and beer and gave them back to us. I was reluctant to read mine, for fear that I'd written a detailed checklist about everything that I wanted to have accomplished by now. I was not in the mood today to come up short.

Instead, there was a nice, vague note from past Anna about her big picture hopes for the year. After some opening pleasantries about how I probably couldn't believe it was already the end of the year (I can't), I'd written: "You're in the thick of it now."

And that stopped me in my tracks a bit. Because boy, am I. It was nice to be reminded that the thick of it is what I signed up for, that being in it is where you struggle and learn and grow, that the middle is the least flashy but most important part of any journey. That even though it doesn't always feel fun, in the thick of it is a good place to be.
Posted by AnnaMice at 11:41 PM