Of all the ways to ask someone how they are doing, my least favorite is "What's up?" Because the default response - at least my default response - is a hearty "Not too much!" Which is kind of a conversation ender (what do you talk about after you've declared that nothing very interesting is happening in your life?) and also often emphatically not the case. But it also feels weird to launch right into a detailed description of the many exciting things happening in your life as soon as you see someone.

So what's been up? Well, many exciting things have happened since I last wrote here. 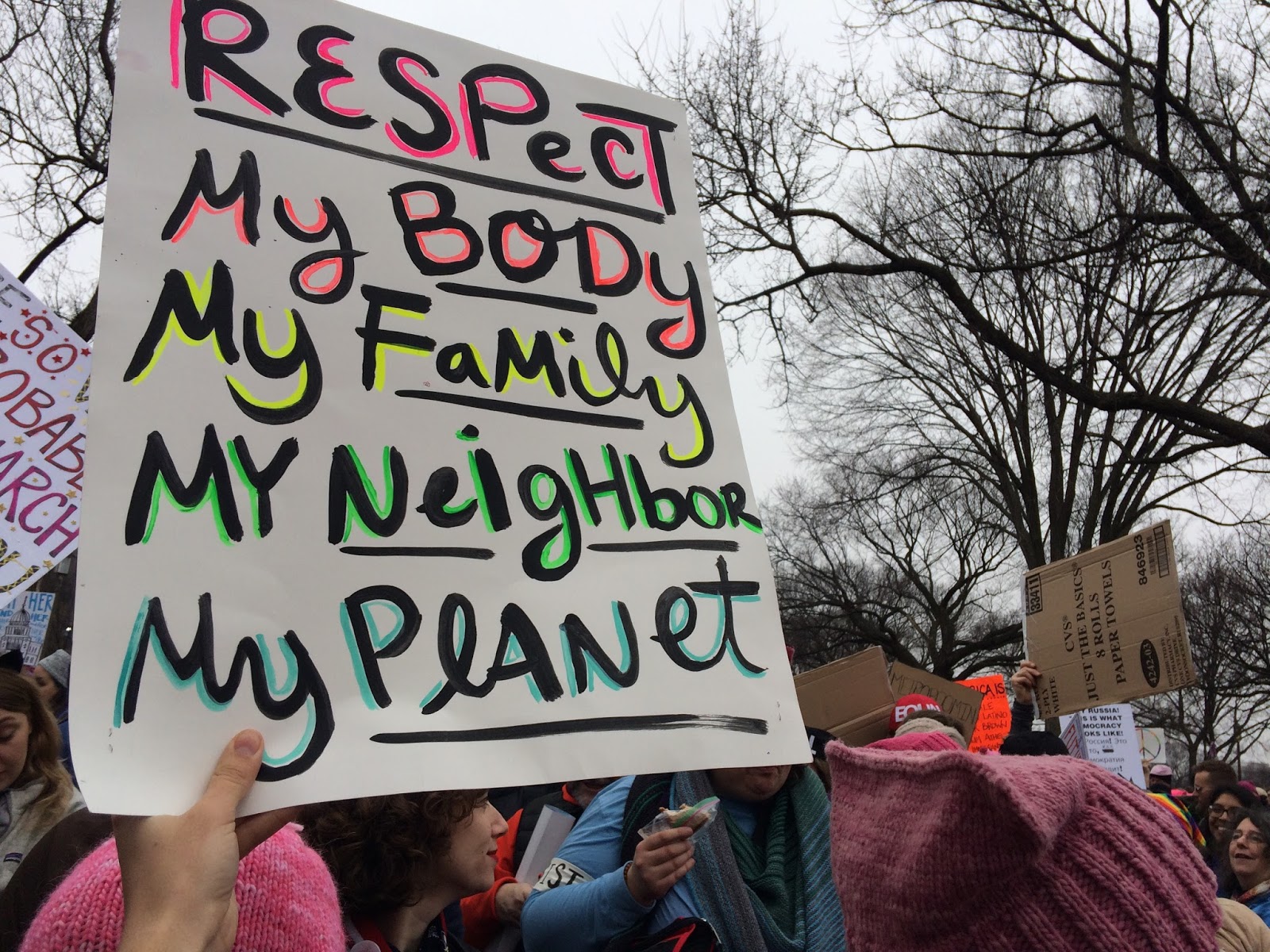 + Trump became president. Starting on kind of a bummer note, I know. I will hold back on sharing my full thoughts and feelings on this (like everyone else's, they could fill reams of blog posts and tweets). But in short, we spent Inauguration Day making signs for what ended up being a crazy-inspiring (and MASSIVE) Women's March on Saturday. The march gave me a burst of energy to resist and take action that has unfortunately abated somewhat since I've been traveling - I need to find ways to reengage. The insane new political reality has been a thread running through everything else that has happened this year. When I was in Turkey, the time difference meant that the crazy news would drop right as I was going to sleep or waking up, when my defenses were down. Once I was back in the DC office, I would check the TVs in the kitchen every day at 5 or 6 to see the latest Russia scoop revealed. And all throughout, I've been listening to political podcasts that become outdated in the hours between when they're recorded and when they're aired.

+ I cut my hair off. A pixie cut! It's the shortest I've ever gone and something I've been wanting to do for a while now. I don't get too squeamish about changing my hair (hair grows! the stakes are super low!) (though oddly I have never had it colored or even highlighted). I literally told my hairstylist that I wanted to look like Claire Underwood from House of Cards and she nailed it. I'm not sure the Claire Underwood is the exact right style for me, but I love having short hair. I especially love how easy it is to take care of (though the fact that it sticks up in 1,000 different directions when I sleep on it wet makes me a bit more careful in timing my showers.) I didn't really have an exit strategy when I cut it - my hair grows fast so I sort of thought I could snap my fingers and it would grow out - but I will probably keep it short long enough to play with a few different pixie cuts. 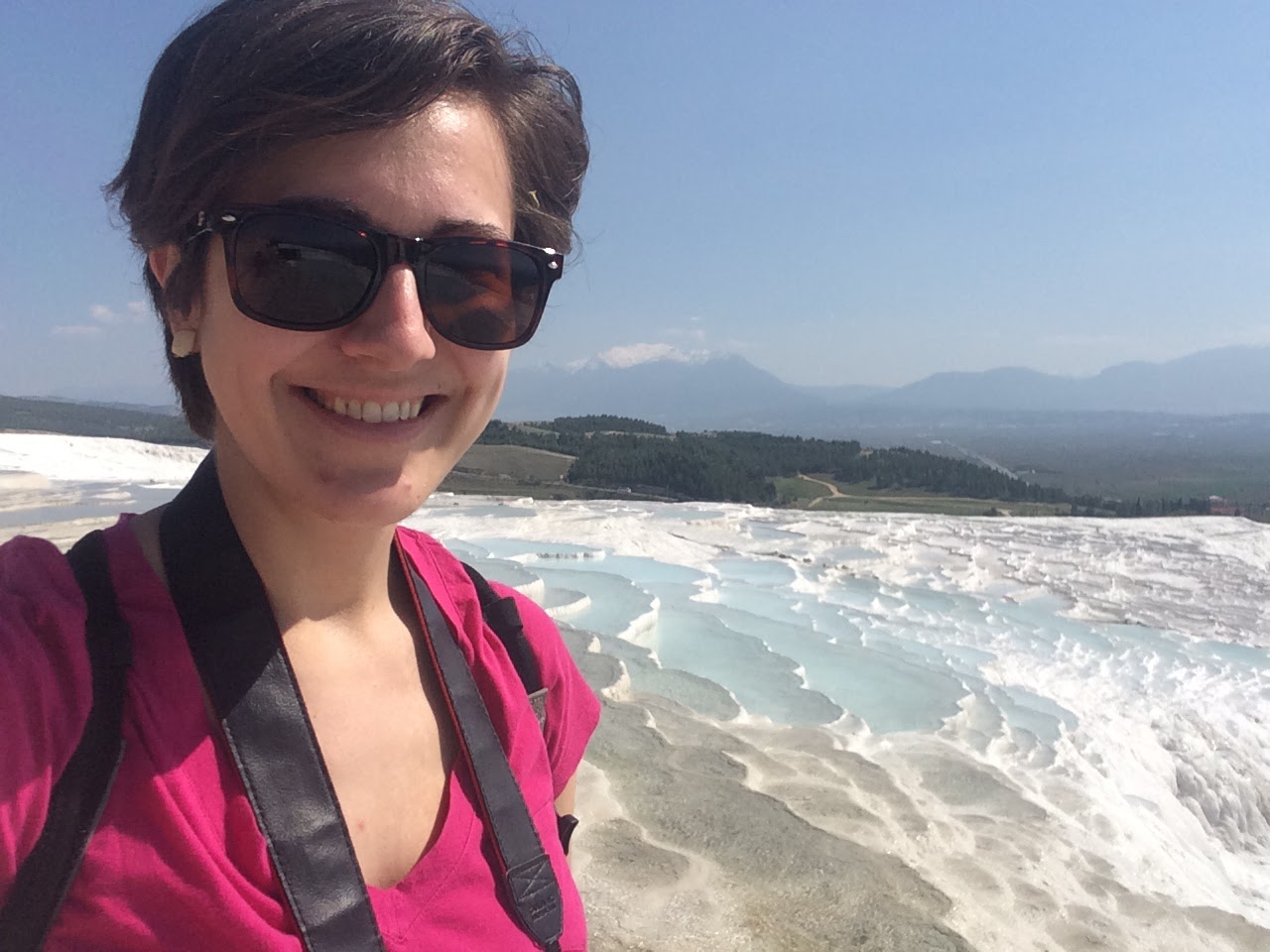 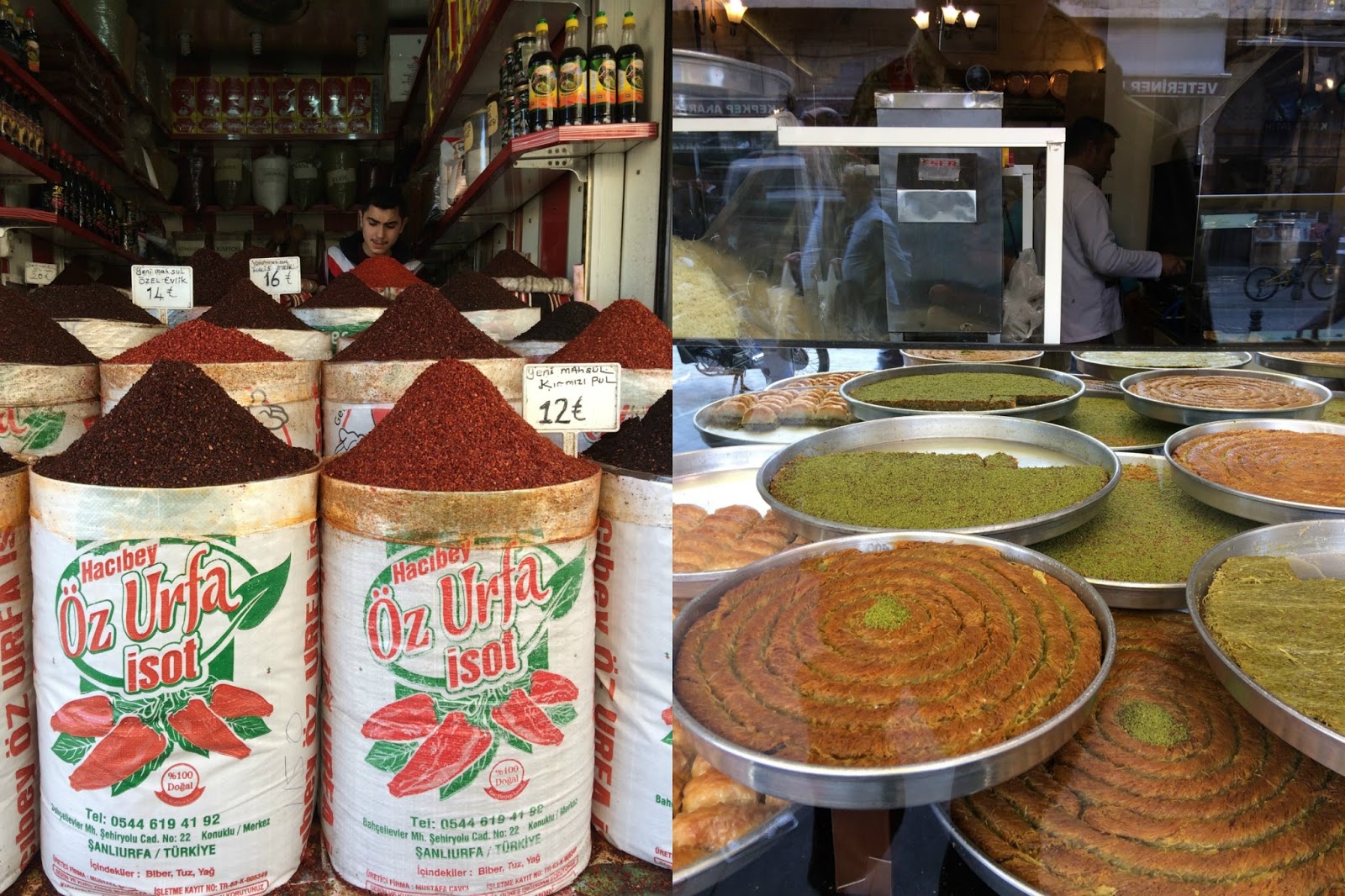 + I worked in Turkey for a month, similar to what I did in the fall. This time around, I was helping out with public opinion research we conducted on sexual and gender-based violence in Syria. Working abroad is a very immersive experience and as always, I learned a ton - about Syria, about survey research, about violence against women, about working under pressure. This trip I visited Sanliurfa and Pamukkale for the first time, and hit Istanbul for the first time in five years. (My initial attitude was "been there, done that, can skip it" but as soon as I stepped off the subway I remembered how special that city is to me.) This was my fourth trip to Turkey and it's been fun to slowly chip away cities on the map of that diverse country. 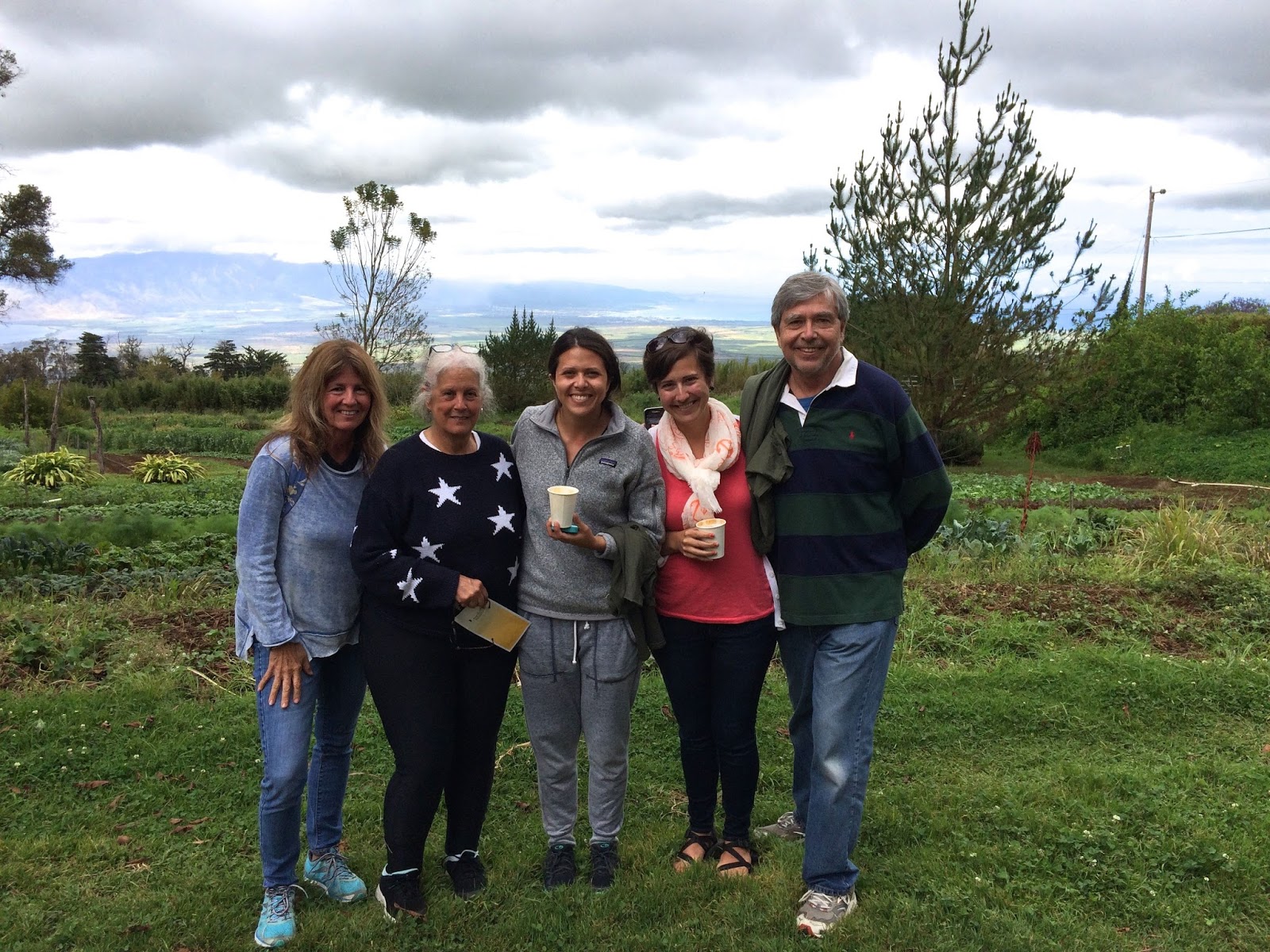 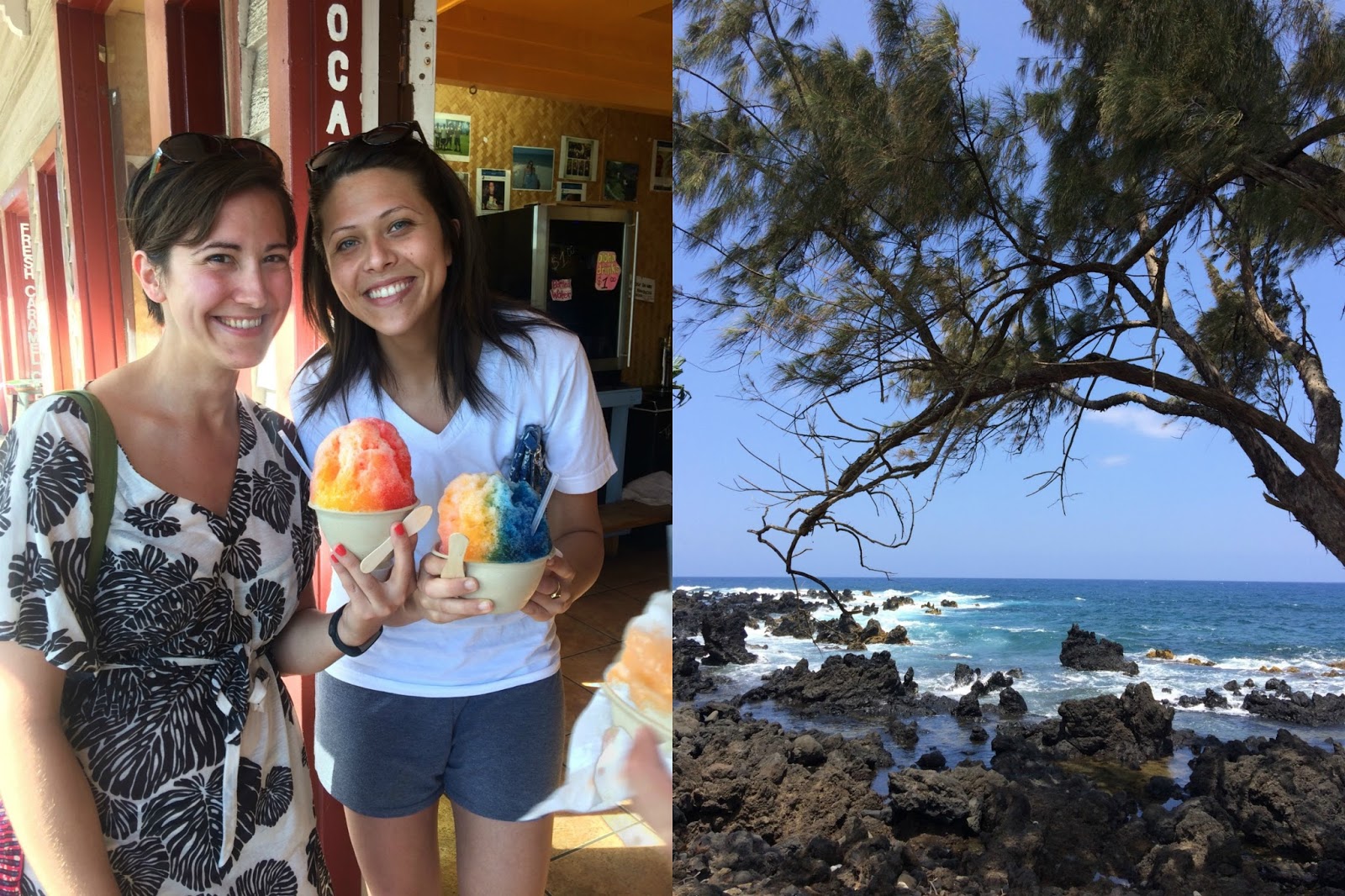 + I had a family reunion in Maui. It was my first time in Hawaii and needless to say, I loved it. The vacation snowballed until there were more than 20 people in our party, a web of parents and children and siblings and cousins and in-laws and friends where almost no one knew everyone but everyone knew someone. The group was divided among a few spots on the island - I stayed in the big house on the beach in Lahaina that served as the hub of activity for our crew. The week was the perfect blend of excursioning around the island and lounging on the beach and spending time with family. We drove the road to Hana, caught the very end of the whale-watching season, kayaked out to snorkel at a sea turtle cleaning station, went horseback-riding alongside the most stunning cliffs I have ever seen, enjoyed the Hawaii tourist ritual of a luau, ate breakfast on a coffee farm on the slopes of a volcano, and played with baby cousins on the beach. I also "learned how to surf" (because while my cousins were great teachers, you have to round up pretty far to call what I did surfing). (I fell off the surfboard but thankfully not the horse.) This vacation could be a giant blog post full of photos and Maui recommendations - but suffice it to say that an amazing time was had by all and I hope to be back someday.
+ I made a decision about graduate school. After hemming and hawing over how to move forward last year (not to mention with choosing a college and most other big decisions I've made), I was fairly decisive this time around. After thinking it over while traipsing around Pamukkale and pacing the beach in Maui and drifting in and out of consciousness on airplanes and talking to my parents and Austin, it's official - I'm headed to the Harvard Kennedy School in the fall! There were serious checkmarks in the "pro" columns for both schools I was considering, but for a variety of reasons, I'm confident that I'm landing in the right place for me. 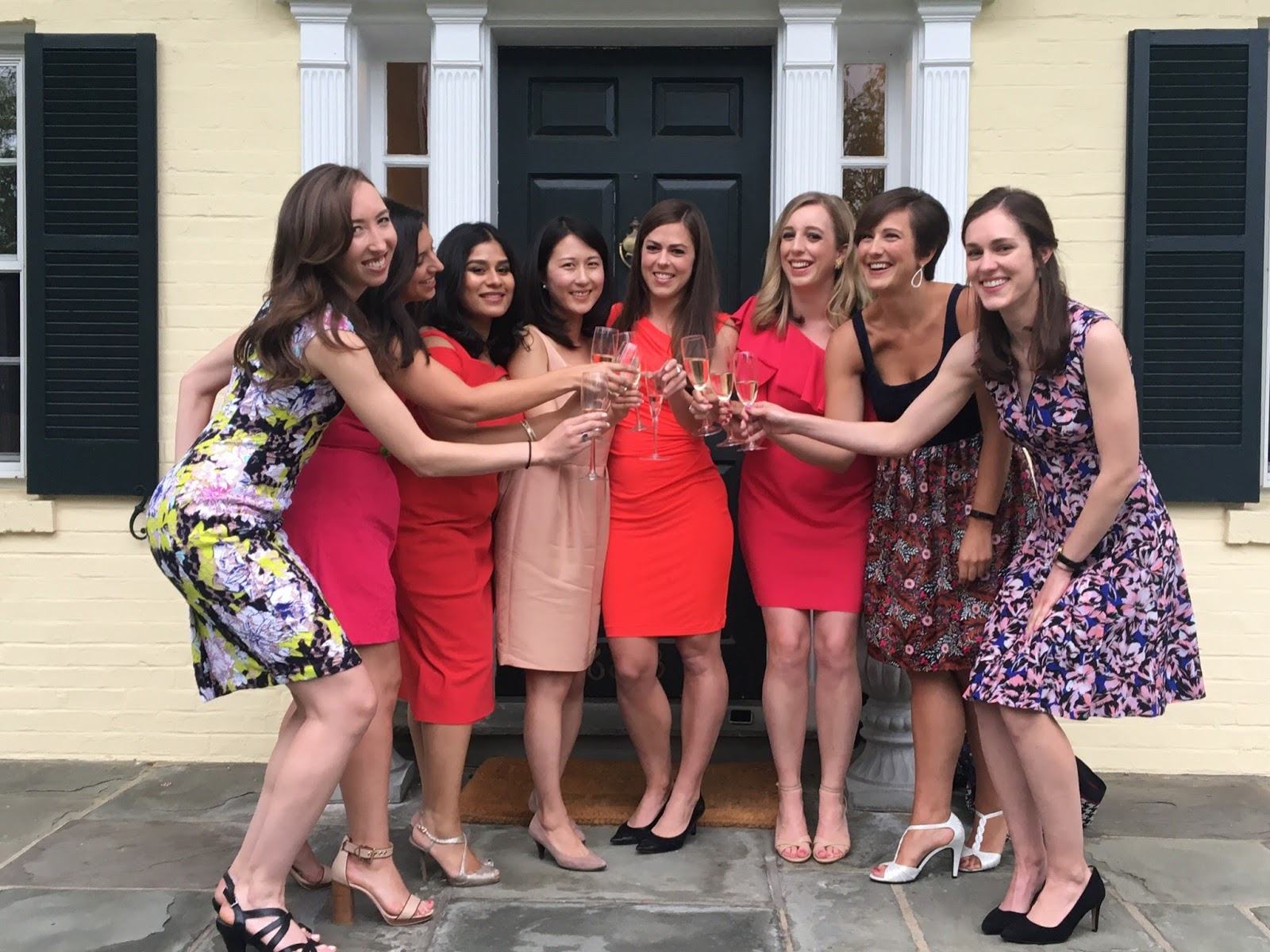 + I celebrated my 10-year high school reunion! We convened at a bar Friday night with just the class of 2007 and then went to the big shindig in the school gym on Saturday night for all the classes ending in 2s and 7s. It was equally fun chatting with girls I haven't seen in ten years, and getting ready and spending quality time with my BFFs who don't get together nearly often enough. Suffice it to say that we ended up skipping the pre-reunion liturgy (because Catholic school) to drink more champagne and perfect our "laughing while clinking glasses" pose. The only wrinkle in a magic weekend was the fact that we lost out on a free champagne bar (awarded to the class with the highest participation rate) to the class of 1972 (who comes to a 45-year reunion???). We'll beat those betches next time around. It is crazy that it's been ten years, but high school doesn't feel like "just yesterday" anymore - there has been a lot of growth and experience and good times in those years. I'm just glad that our bond is still strong.

+ I announced an end date and then left my job of 4.75 years. (Just three months shy of getting my five-year certificate). After lots of soul-searching and calendar-examining, I ultimately decided to leave a few months before grad school starts to have time to recharge and travel this summer. This was a big milestone for me and there are many more thoughts and feelings on this to come.

Suffice it to say that it's been a full and interesting year so far - one where my daily life has often looked totally different from one month to the next. What it all comes down to is - I am very blessed. With friends and family and opportunities of all kinds. I've been reminded often of a favorite quote from The Hours: "There's just this for consolation: an hour here or there when our lives seem, against all odds and expectations, to burst open and give us everything we've ever imagined, though everyone but children (and perhaps even they) know these hours will inevitably be followed by others, far darker and more difficult." Life lately has been bursting open and giving me everything I've ever imagined (with the major exception of political leadership that is not bent on destroying the planet). I'm in a full, exciting, happy season of life right now and I'm very grateful for that.