Book Review: The end of the world as we know it - Station Eleven 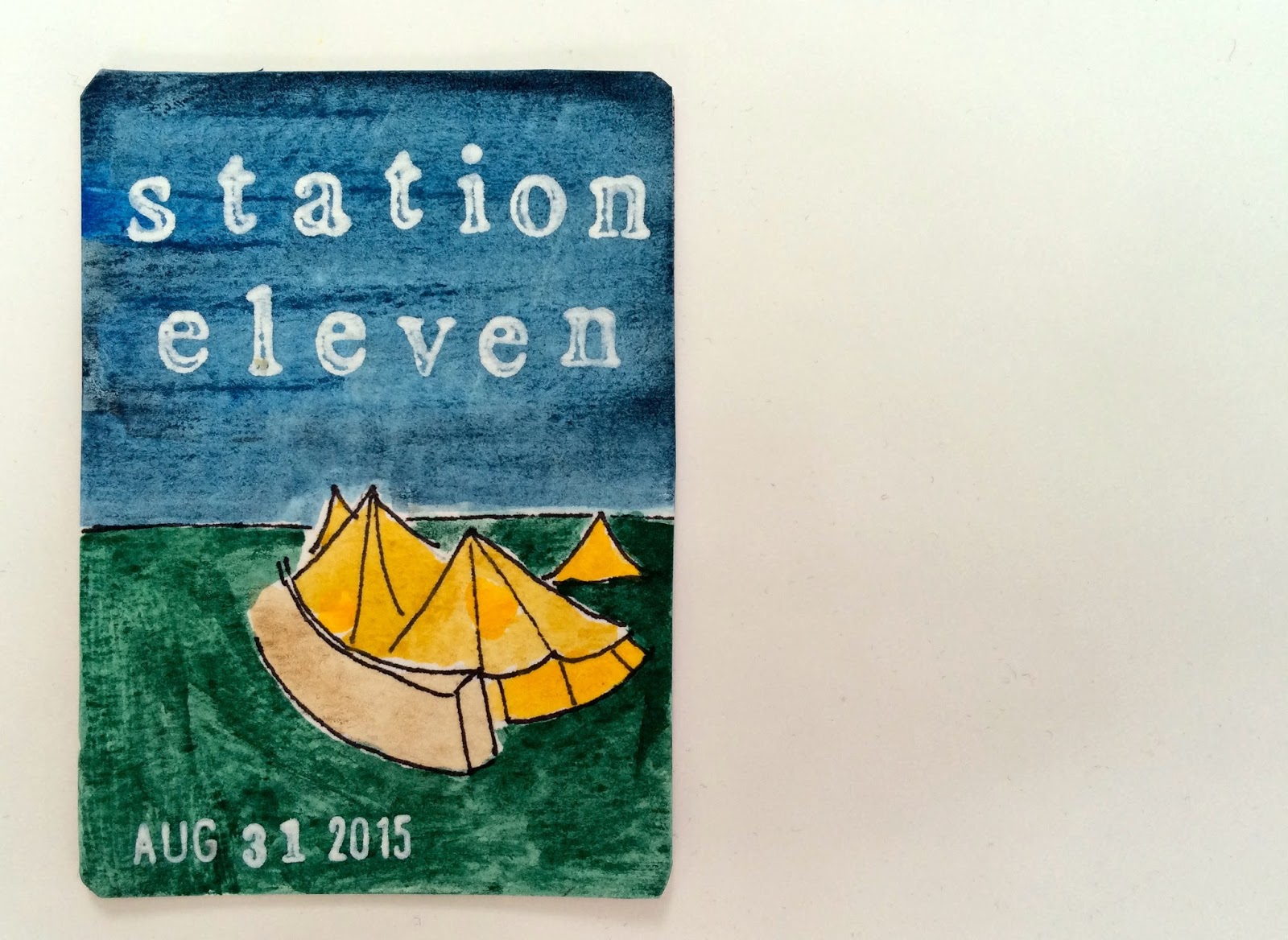 (You can read part one of my apocalyptic summer reading book review series, on The Last Days of California, here.)

Favorite line: "No more Internet. No more social media, no more scrolling through litanies of dreams and nervous hopes and photographs of lunches, cries for help and expressions of contentment and relationship-status updates with heart icons whole or broken, plans to meet up later, pleas, complaints, desires, pictures of babies dressed as bears or peppers for Halloween. No more reading and commenting on the lives of others, and in doing so, feeling slightly less alone in the room. No more avatars."

Oh man, so much to say about this one. As much as I loved the poetry and teenage angst of Last Days, this book was for sure my favorite of the three. I found it completely engrossing to follow the Symphony, which travels around the Great Lakes performing Shakespeare twenty years after the Georgia flu has eliminated 99% of humanity. (It was extra fun to be reading this while in northern Michigan visiting my family and passing highway signs for the same cities Mandel references in the book.) In some ways, it reminded me of Bel Canto - both describe bands of people brought together by art after a catastrophe.

Art and the power of storytelling are central themes here. The characters perform Shakespeare because it represents the best of the old world - though Mandel does well not to dwell too sentimentally about the uplifting power of art. But as another reviewer aptly commented, memorized Star Trek episodes and a tattered copy of an independently published graphic novel survive alongside the Shakespeare and end up being just as significant to the characters. So the book is, in large part, about the eclectic mix of cultural artifacts that survive from the old world and how people hold onto them to make meaning out of their lives in the new one. One of my favorite chapters is from the perspective of a minor character, a teenager in the Symphony who wonders if they shouldn't let go of Shakespeare and start telling new stories for a new world, and starts writing a play of her own.

The paragraph I quote above is from a two-page chapter describing the end of the world - one of the best two pages I've read in recent memory. The book starts off with one character doomsday-prepping-but-this-time-for-real as the flu begins to subsume Toronto. But then in lieu of a big montage of bridges crashing down and fires burning and zombies* on the loose, there are two pages describing all the things that cease to exist. It feels like a giant silence right at the core of the action and such a fitting way to evoke the end of civilization. I love the line "no more avatars" in particular. It describes a world in which there's no more buffer between us and a world that is nasty, brutish, and short, not just in terms of social media but all of the other advances and comforts that have extended our life expectancies.

The book moves back and forth between the post-apocalyptic world and the immediately pre-apocalyptic one, focused on a famous actor and his series of wives. I enjoyed that story line too, though the use of multiple perspectives made it feel like it was retreading familiar territory by the end. But I wanted more post-apocalyptic world-building - I wanted the Symphony to cover more ground, meet more cults, face more action, paint a bigger picture. So ultimately, this book left me wanting more in some respects. But as long as you're not expecting a lot of gory zombie* confrontations, it is a fantastic read. And it unexpectedly made me want to read the Walking Dead graphic novels since I fell so in love with the post-apocalyptic setting.

What I also found interesting is that the book never lets you forget the sadness of billions of people dying in the Georgia flu. The characters themselves, when walking past cars left in traffic jams by people desperate to get out of the city, to get to the airport, to get anywhere else, think about what their final moments would have looked like. The narrator, when describing the pre-apocalyptic world, consistently references how long it would be until the character died or watched as everyone else did. The world Mandel creates is not one where people have killed enough zombies* that they're totally cynical. And that makes it a relentlessly human story.

*Note: there are no actual zombies in this book.

Next up: The Circle.