“I pictured myself in a Denver bar that night, with all the gang, and in their eyes I would be strange and ragged and like the Prophet who has walked across the land to bring the dark Word, and the only Word I had was ‘Wow!’”
- Jack Kerouac, On the Road 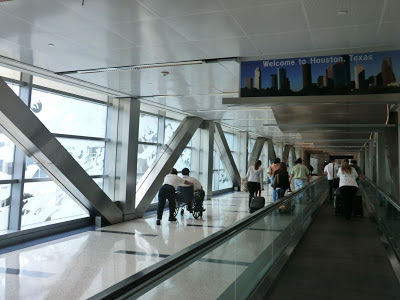 This blog was meant to document my travels through my DIY post-college gap year through Palestine, Turkey, and Argentina (with a few other stops along the way). But true to form, I procrastinated on that one a bit too long, and now I’m safely within the confines of not only my native land but my room in my parents’ house.

I’ll admit I’d been looking forward to coming home, the sweet unfamiliarity of what had once been familiar showing me that I truly had Grown and Changed in ways both deep and superficial. (Not to mention creature comforts like Chipotle and Annie’s instant macaroni and cheese and knowing I can get absolutely anything my can-only-cook-from-a-recipe heart desires at Whole Foods.)

And it has been all that and more. But it’s also reminded me of how exploration doesn’t end when you return to the country that issued your passport. After leaving Chile, I stopped to visit my family in Galveston, Texas instead of flying directly home. It was interesting to have my first port of call be Houston- George Bush International instead of Ronald Reagan National, to swap one Republican president for another. Because, though they’d become conflated while I was abroad, “America” and “home” are really two different things.

As we came in for a landing, he highway billboards visible from the plane that read “CHRIST” in giant letters, and I knew I was back not just in America but in Real America.™ Sitting at a hamburger joint by the beach that afternoon, I freaked out for a second when the people at the table next to us. And I was filled with a sense of – “These are my countrymen!” – and a concurrent curiosity about what that means. Unlike when I was in Palestine or Argentina, I was supposed to have something in common with these folks, the common blood of patriotism stirring in our veins. I wanted to run up to them and exclaim – you are my people!

But, geographically and culturally and most other –lys, their lives were probably very different from mine. I was as fascinated by the Americans I encountered there as I was by any foreigner I’d encountered – skinny white boys with Texas drawls and pants hanging low, families come for a week at the Gulf. In the lives I imagined for them, they fish and fix trucks and do a dozen other things I have little experience of. But we’re all joined together in this imagined community and expected to agree with or at least tolerate each other’s opinions on who should be our president and how we should do health care and was it appropriate to talk about gun control at a time like that. So what does America really mean?

Which brings me to another thought. Over the course of being in Galveston, I went with my aunt to get her horse’s teeth floated and ended up with a lesson on the history of horse dentistry. I was struck by the fact that here was someone who had devoted his entire career to something I will only ever have the most cursory understanding of. Near and far, there are as many unexplored corners of the world as there are (and I do sometimes wonder what miniscule percentage of the world I have physically laid my eyes on), as much breadth, there is just as much depth – interesting subcultures and people with deep pockets of specialized knowledge, and there is nearly as much still unexplored in my proverbial backyard as there is on the other side of the globe. The world is big, but the world is also deep. And it seems like my task now is to take the spirit of learning and exploration that comes so easily when abroad and apply it to what is close at hand, to keep my eyes open for the new and the fascinating wherever I am.
Posted by AnnaMice at 9:12 PM